Your smartphone may be spying on you, just not how you might suspect 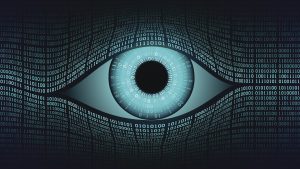 In this digitally connected age, we’re probably all a little paranoid that our tech devices are spying on us. Technology is so integrated into our daily lives that if we were being spied on, so much would be at risk. From our identities to our web history to our private conversations, our devices hold all types of information about us. Researchers at Northeastern University examined over 17,000 Android-based apps and found evidence that a few of them were snooping on users – just not in the way that you may suspect.

Yes, your phone may be spying on you but you can have the peace of mind that it isn’t surreptitiously turning on your microphone or sneakily video recording you and sending it to some unknown figure. In fact, it wasn’t even a majority of apps being tested that showed signs of abnormal activity. Researchers found out that about 9,000 of the apps tested had coding that requested permission for the phone to use its camera or microphone. After further testing the apps, 12 turned out to be sending screenshots of what the user did on the app to either the app developers or a third party agency.

Doesn’t sound too harmless does it? If our phones are lurking around for information, might as well be what level of Candy Crush you’ve just dominated rather than the contents of a personal email, right? This may be true, however being spied on is never something anyone would want in any form or fashion, even when it comes to something as insignificant as your favorite type of food.

The GoPuff app, which allows users in several cities to order snacks, drinks and ice cream for delivery, was found to be the most troubling of the 12 intrusive apps that researchers found. When using the app, researchers found that the app was actively making recordings of everything the user did on the app and sending it an analytic platform called Appsee.

Whether it’s playing a game, typing in your address, selecting your shoe size, or typing in your credit card information, Appsee keeps “full-session replay technology” files to allow whomever is viewing to see every single thing that you did on the app in question. Sounds concerning doesn’t it?

Google, market of the Android operating system, said that based on the Northeastern researchers’ finding, part of Appsee’s services may “put some developers at risk of violating its policies.” The tech giant says that they will work with Appsee to ensure developers appropriately communicate what it does with apps’ end-users.

“It appears that Appsee’s technology was misused by the customer and that our Terms of Service were violated. Once this issue was brought to our attention we immediately disabled tracking capabilities for the mentioned app and purged all the relevant data from our servers,” said Appsee CEO Zahi Boussiba.

It’s pretty safe to say that if we know we’re being watched, then we’re likely to act differently, especially when it comes to our technology — where we now conduct so much of our daily business and tasks. Does knowing that your smartphone may be recording your app interactions change any way that YOU would use your mobile technology? Either way, it’s concerning to have personal information like that floating around for people to see.