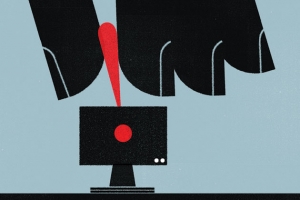 Tim Berners-Lee, the inventor of the World Wide Web, issued a statement this past weekend indicating he would like to save his invention.

Berners-Lee intended the World Wide Web to create opportunities for people to collaborate across different cultural and geographic boundaries. But, with recent events, Berners-Lee worries his invention is not being used for the right reasons.

“Over the past 12 months, I’ve become increasingly worried about three new trends, which I believe we must tackle in order for the web to fulfill its true potential as a tool which serves all of humanity,” the statement said.

The founder’s concerns come from the ongoing circulation of “fake news,” high-profile data breaches and political advertising, which he believes poses a threat to democracy. Berners-Lee also alluded to the implications of WikiLeaks articles regarding CIA hacking tools and surveillance techniques.

“Even in countries where we believe governments have citizens’ best interests at heart, watching everyone, all the time is simply going too far,” Berners-Lee said. “It creates a chilling effect on free speech and stops the web from being used as a space to explore important topics, like sensitive health issues, sexuality or religion.”

The increasing amount of fake news, data breaches and potential surveillance have been topics of many panels at SXSW this week in Austin, Texas. Tech leaders are working together to create a more reliable Internet that prioritizes user safety.