Why is it so Hard for Innovative Smartphone Makers to Succeed? 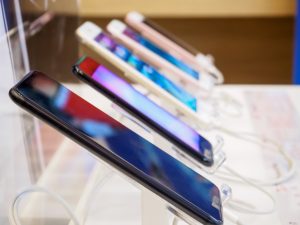 In the digital age, smartphones are one of the top hottest pieces of technology on the market. Everyday more and more people are opting to adopt the latest smartphone handsets. From Apple to Samsung to Google devices, the market is booming with some of the biggest names in tech. However, for lesser-known innovative startup smartphone makers like Essential and Nexibit, the domination of the four major wireless carriers is an nearly impossible hurdle to tackle — which means there are tons of innovative handsets that most people aren’t aware are available on the market.

Since the big four U.S. carriers (AT&T, Verizon, T-Mobile, and Sprint) require all devices to pass some pretty difficult and costly compatibility tests, they don’t generally select the smaller players in the mobile market. Instead, they go for the big wigs of the market, where most customer knowledge and loyalty lies. Which leaves the mobile startups to struggle to find footing in the market.

Mobile tech startup company Essential, which has had some modest backing from Sprint, recently announced the cancellation for a second generation update to its groundbreaking model from last year. 2016 startup company Nextbit gave up the struggle and was sold off in January, and even the revived Nokia brand from HMD Global has struggled to get back onto a carrier’s line up.

Research firm Counterpoint Technology came out with some figures to understand why these innovative handset makers aren’t making it on the market. The study shows that most smartphone sales are still occurring in physical retail stores, with about 88 percent having taken place in this setting in just the first quarter of 2018. And since carriers have thousands upon thousands of stores across the country, they capture up to three-quarters of the offline market, with Apple gobbling up much of the remaining numbers.

This leaves startups struggling to sell directly to consumers, both from their own websites and those of big e-commerce retailers like Amazon and Best Buy. However, the meager 12 percent segment of the remaining market is highly fragmented. Here, the carriers plus Apple combine for only about two out of every five phones sold online, says Counterpoint Technology. Amazon sells slightly more than one out of every five phones sold online, many though it’s “Prime Exclusive” line up. The remainder of online sales mostly go through the websites of the retailers like Best Buy, Walmart, and Target.

A lot of smartphone buyers want either some hand holding from a human sales associate or some hands-on time with the device, Counterpoint analyst Maurice Klaehne explains.“It is a complicated purchase, as these devices are frequently sold bundled with a plan, service upgrade, or accessories,” Klaehne notes. “People often need help in these situations to get their phone set up, data transferred to the new device, and have new features explained.”

Even with about 60% of the online market going through retailers like Amazon, the startups face a different challenge in the so-called unlocked market than they would in a carrier store. Many more brands compete online, including cheap models from Asian manufacturers like BLU, Lenovo’s Motorola and Huawei. Amazon’s best seller list, for example, features a $40 model from BLU and Apple’s 3-year-old iPhone 6S for $258.

To be sure, making brand new hardware devices and competing against well-funded giants like Apple and Samsung is no easy task, with or without carriers’ retail backing. Essential’s first phone was dinged for a poor camera experience and Nextbit was relying on crowdsourced funding.