Why E-Scrap Exports Are Important to the Industry 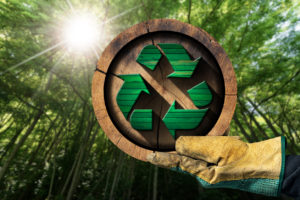 Earlier this month the House of Representatives passed the America COMPETES Act, a bill intended to boost U.S. competitiveness, but it would restrict the export of used electronics from the United States. The bill cites several reasons for the restrictions including national security interests and potential human health damages, but despite its claims, the bill’s restrictions on e-scrap exports will do more harm to the industry than good. The America COMPETES Act as a whole presents positive changes and intentions, however, the exportation of refurbished and used electronics is vital to the sustainability of the industry.

Most do not realize how important e-scrap exports are to the recycling industry. One of the main objectives of electronic recycling is keeping e-scrap out of landfills to prevent potential health damage to those residing in the surrounding areas. The bill cites human health as a concern as well, but more than 90 percent of used electronics set to be recycled remain in the U.S., and the majority do end up in landfills. Restricting the export of used or refurbished electronics to other countries, as section 30612 of the America COMPETES Act suggests, will restrict trade of the product and result in more of those electronics being sent to landfills, reversing years of effort made by the industry to prevent such results. Restricting e-scrap exports will ultimately increase one of the concerns on which section 30612 is based.

The electronics recycling industry generates more than $15.7 billion in annual revenue. Used computers are a low-cost alternative to purchasing brand new devices, and have become an appealing option for international trade. Organizations count on the recovery dollars as part of the circular economy on computer and electronic technology product investments, which average between 5 percent to 22 percent of the original cost. Cutting off international exports will negatively impact those organization’s budgets. In addition, the electronics recycling industry also provides nearly 45,000 jobs to U.S. workers.

As an alternative to restricting used e-scrap exports, many in the industry are encouraging the reconsideration of section 30612 of the America COMPETES Act, in favor of fostering resale channels, and increasing the length of service and sustainability for electronic devices. Environmental sustainability is a large goal of the industry, and not only would reconsidering the bill keep extra e-scrap out of landfills and protect the health of those living nearby, it would also protect the environment and contribute to the industry’s overall efforts toward a circular economy.