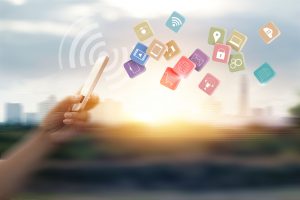 MIT has a new chip that will make AI faster and more efficient on smartphones. The institution announced a neural network chip that reduces power consumption by 95 percent. This feature makes them ideal for battery-powered gadgets like mobile phones and tablets to take advantage of more complex neural networking systems. The basic concept involves simplifying the design of chips so that the shuttling of data between different processors on the same chip is taken out of the equation. One of the biggest advantages of this new chip is it could potentially be used to run neural networks on smartphones, household devices and other portable gadgets, rather than requiring servers to constantly draw power from the grid.

Experts say by 2121, global e-waste will reach a staggering 51.2 million tons. With the continuous rise of technology, we’re seeing a significantly higher number of people opting to upgrade to the latest models on the market, even when their current devices have not yet reached the end of their usable lifecycles. The old adage “think global act local” can help decrease global e-waste amounts – or at the very least, can provide the necessary stepping stones towards tackling the global e-waste crisis. To help stem the tide of e-waste, individuals, governments, and tech companies can increase awareness of the value of raw materials in electronics, impose fines on the informal recycling sector, and make planned obsolescence obsolete.

Polling the Public on Data Security and Device Repair

E-Scrap News reported on surveys conducted by the Security Innovation Group (SIC) and the U.S. Public Interest Research Group (U.S. PIRG), that provide insight to the public’s concerns on data security and privacy involved in internet-connected devices as well as how consumers are opting to repair their devices following Apple’s ‘throttlegate’. The SIC survey shows a surprising 42% of those surveyed feels that the security of internet-connected devices are untrustworthy and therefore would not purchase them. Meanwhile, the U.S. PIRG survey found that in the aftermath of Apple’s battery draining controversy, consumers are turning towards independent mobile repairers or fix-it-yourself kits rather than wait out the weeks-long wait time for Apple’s battery replacement program.

How to Restore Peace to the Internet: Blocking Pop-Ups, Alerts and Autoplay Videos

Do you miss the days where the world wide web was a relatively quiet and peaceful oasis? Can you even remember all those years ago when you could leisurely surf the web without encountering surprise attacks from ads, pop-ups, and autoplay videos that endlessly trails you all throughout a webpage? Well, believe it or not, those days may still be within your grasp. Provided is a list of methods you can take to help you take control and restore peace and quiet on the Internet. This post looks at the various privacy and security settings of the top three popular Internet browsers: Google Chrome, Mozilla Firefox, and Apple Safari to help block unwanted annoyances on the web. To further ensure peace and quiet, the post also suggests three free-to-use third-party security and ad blocker applications: AdBlocker Plus, uBlock Origin, and Ghostery.