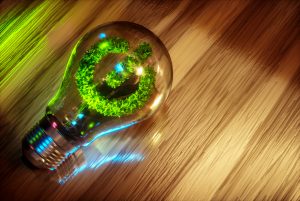 More than 1.5 billion mobile phones were sold last year alone, on top of 4.2 billion computers, laptops and tablets. However, while consumer technology is flying off of shelves, global electronic recycling rates remain low. In an effort to raise awareness of this, the Waste Electrical and Electronic Equipment (WEEE) Forum has organized the first International E-Waste Day on October 13.

A total of 25 non-profit e-scrap groups from 19 different countries collaborated to kick off the world’s International E-Waste Day next Saturday. The initiative was started by the WEEE Forum, a multinational alliance of e-scrap stewardship groups that is based in Brussels.

The group expects an excess of 50 million tons of e-scrap will be generated globally this year. “Only 20% of global e-waste is recycled each year. This means that 40 million tons of e-waste is either placed in landfill, burned or illegally traded and treated in a sub-standard way,” the WEEE Forum says. “This is despite 66% of the world’s population being covered by e-waste legislation.”

The group adds: “Even in the EU, which leads the world in e-waste recycling, only 35% of e-waste is officially reported as collected and recycled and the lack of public awareness is preventing countries from developing circular economies for electronic equipment.”