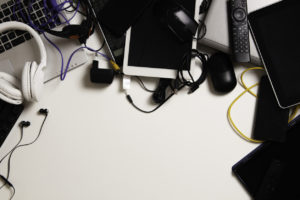 Last year the White House published, “Building resilient supply chains, revitalizing American manufacturing, and fostering broad-based growth,” a report calling for investments to be made in the recovery of rare earth elements in e-scrap. Recent years have seen many supply chain issues, leading to shortages of certain materials, and the U.S. military has kickstarted a project to help strengthen the supply chains via research and the development of technologies for recovering critical metals from e-scrap.

The $5 million project would aim to bolster supply chains for metals used to manufacture defense and civilian hardware. R&D proposals are being accepted from several teams focusing on recovering these metals by the Defense Advanced Research Projects Agency (DARPA). The project, referred to as Recycling at the Point of Disposal (RPOD) Disruption Opportunity (DO), is the result of the Biden administration’s efforts to shore up domestic supply chains.

According to the press release, the funding is expected to be available within the next few months and will “ensure that the United States can produce batteries, as well as the materials that go into them, to increase economic competitiveness, energy independence, and national security.” The DOE later announced the launch of a $140 million program to develop “America’s first-of-a-kind critical minerals refinery.”

The DARPA project is targeting low-volume elements such as gallium, indium, tantalum, neodymium, praseodymium, europium and dysprosium, and accepting high-risk, early-stage research proposals. DARPA plans to award four or five research efforts each with $1 million. Projects are expected to be selected for funding in mid-May. Each will be broken up into two phases where participants will need demonstrate certain criteria in each phase.

According to Vishnu Sundaresan, program manager at DARPA’s Defense Sciences Office, research and development efforts will continue throughout the next 18 months depending on progress.