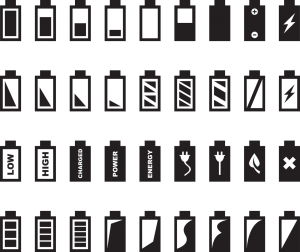 We have come a long way from using double-A batteries to power our favorite devices, but we’re still constantly having to keep up with cords to charge our laptops and phones at the end of the day – and for some, every few hours. However, those that tote around their chargers everywhere may be excited to hear that the Department of Energy is funding up to $30 million for further research into producing a battery that can last for several days at a time instead of hours. The downside is that these batteries won’t be coming to our mobile devices anytime soon. Instead, researchers are focusing on making improvements to the national power grid first. Nonetheless, the thought of a battery that can withstand normal daily use while keeping a charge that lasts for days is an exciting idea.

New devices are seeing improvements in lithium-ion battery storage, which represents a 90 percent share of energy storage market. However, this technology becomes less efficient each time it’s charged up and used. That’s going to be an issue for large-scale energy storage solutions for electric vehicles and buildings – range is already limited in the majority of EVs.

There’s still a market for lithium-ion batteries as the technology continues to get cheaper, but it may not be viable when solar and wind sources are not generating enough energy in long stretches. Sticking with this technology could also hurt the development of alternative methods that could have more storage and longer cycles according to the MIT Energy Initiative.

Secretary of Energy Rick Perry announced this week that up to $10 million in each of the next three years will be invested into Quantum Information Science. Quantum physics, which focuses on the smallest aspect of energy in atoms and subatomic particles, will be further researched. The Duration Addition to electricitY Storage (DAYS) program will be observing various kinds of technology, such as thermal, chemical, and mechanical.

“At DOE, we are peering over the energy horizon and identifying the key technologies we need to support the power system of the future,” Secretary Perry said in a press release. “These new storage options will offer us the opportunity to make the grid more resilient while enabling greater integration of our domestic energy resources.”

The DAYS program will be looking for long duration solutions from 10 to 100 hours. While there’s existing sources that can store energy for long periods of time, such as pumped-storage hydroelectricity (PSH), it’s become stagnant in the past three decades because of high development costs. PSH represents 95 percent of the U.S. electric grid’s storage capacity.

What are the goals for this investment by the DOE? They’re hoping to prevent blackouts and increase the efficiency of the overall power grid. It’ll also pave the way for more renewable energy sources that are intermittent, like solar and wind, and that will significantly improve the environment from fossil fuel carbon emissions.

Improving the energy storage infrastructure is pivotal for the growth of renewable energy. While it’s hard to see us move on from lithium-ion batteries charging our mobile devices in the foreseeable future, expect longer-lasting stationary storage for the power grid.