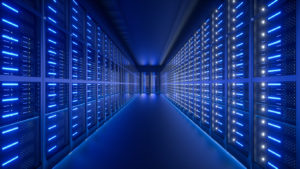 Data centers are one of the most important assets an enterprise may own. They house enormous amounts of private enterprise and employee data, but they also emit enormous amounts of heat that typically goes unused. In efforts to be more environmentally conscious, two European countries are coming together to repurpose a resource generally regarded as useless.

Data centers account for one percent of global annual electricity use, and cities in Sweden and Norway are aiming to recycle the extra heat expelled by the thousands of servers in a data center by channeling it into underground water systems to warm buildings. The heat generated by data centers is expelled to prevent damage from high temperatures and typically pumped into the outside air. By channeling the heat into water systems beneath cities and towns, the heated water is able to warm homes and offices during the colder months. The heat then returns to the data center to heat up once more and repeat the process.

Stockholm Data Parks, a partnership between the city Stockholm, Swedish energy company Stockholm Exergi, power grid operator Ellevio and others, aims to produce 10 percent of the city’s heat requirements by 2035. The municipality of Bjornafjorden in Norway is currently developing Lyseparken, a commercial area that requires extensive infrastructure for large-scale data center heat recycling.

Recycling heat can be a cost-effective solution to alternative sources of heat and provides monetary value for data centers where they would usually pay for cooling.

Lyseparken has been in development for seven years, and though it may take decades to finish the project, the head of Stockholm Data Parks Erik Rylander believes it is an environmental win-win for all involved.