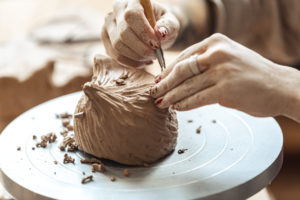 The global waste crisis is a growing phenomenon that continues to be a major issue. According to the Global Waste Index 2019, the world currently generates two billion tonnes of waste per year, which is due largely to the gross mismanagement of waste. However, a Texas native has found a creative way to eliminate waste by turning it into art.

Calder Kamen of Austin, Texas, has been a lover of art her entire life, and now channels her creativity into her love of the environment by using recycled materials in her projects. Kamen had previously used multicolored polymer clay for years to sculpt creatures from folklore, but shifted her focus to environmentally friendly methods after spending some time in Missouri. The idea bloomed when she became enamored by the different species of birds she saw. She watched them build nests from nearby trash and was fascinated by how they lived in a world with no waste. She then decided to implement the same method into her sculptures.

With some help from her community, Kamen collects materials like yarn scraps, packing paraphernalia, beer cans and anything else people have trouble disposing of. Sometimes people even mail in materials they no longer need. Her goal is to have zero waste in her studio, she even recycles her own materials such as glue bottles by adding them to her sculptures when they’re empty.

At just ten years old, Kamen was making money from her art and began her own college fund. She attended the Kansas City Art Institute in Missouri, where she studied ceramics, and will be hosting open studios and leading workshops through August 22. Kamen has also worked with Disney, sculpting a portrait of Ariel out of Mardi Gras beads for the 30th anniversary of The Little Mermaid. Currently, she is working on her first public art installation for the Breckenridge International Festival of Arts, and her next project will involve a collaboration on a cryptozoology petting zoo of creatures in folklore.

It may seem impossible at times, but eliminating waste is an achievable goal. With more people like Kamen who work to spread awareness and encourage future generations to take better care of the environment.