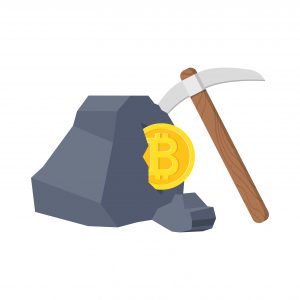 Recently, E-Scrap News, a Resource Recycling, Inc. publication, published an article concerning the influx of people aiming to turn virtual coin into real currency through mining cryptocurrency. Electronics recycling and refurbishment experts say that demand for mining equipment for digital currencies, like bitcoin, is affecting the e-waste industry. However, while it is very unlikely that cryptomining’s presence in the e-scrap realm will overwhelm the industry in any means, let alone individual companies, rising bitcoin prices have unlocked business opportunities for many hardware dealers.

Sedar Bankaci, president of electronics recycling company CyberCrunch, told E-Scrap News about his recent difficult and ultimately fruitless search for a graphics card. “I personally was looking for a graphics card for gaming for myself, and I couldn’t find anything,” he said. Despite the volatile nature and lack of stability in cryptocurrency, the virtual currency industry is booming at an incredible rate. One of the latest crazes in the industry is the recent popularity of cryptocurrency mining from profits.

But how does it work? Cryptomining uses a type of mining rig, which can include a motherboard with multiple high-powered video cards plugged in and robust power-supply equipment. Phil Biundo, CEO of Michigan-based IT asset disposition (ITAD) company Filmar Technologies, has found a business opportunity in the demand for this type of equipment.

With the sudden rise of bitcoin, which began its dramatic rise last year – at the start of 2017. A bitcoin’s value was less than $1,000 and climbed up to $19,343 by mid-December – Biundo started hearing requests for equipment that was best suiting for mining. After this, Biundo began to buy up as many cards as he could and he began to send out email listing available video cards that would be ideal for crytomining, with prices ranging from $410 to as much as $745.

The demand seemed to directly follow the price of bitcoin. At points, manufacturers haven’t been able to produce enough video cards to feed demand. But the price has since fallen to less than $9,000 a coin, cooling the market for equipment, Biundo said. That being said, Filmar Technologies, a $4 million-a-year company with eight staffers, is still buying cards, waiting for the next rise in pricing.

Despite a cool down in the market, investors are mass assembling expensive mining farms to generate currency. However, if the bubble bursts or government regulation intervenes and shuts cryptocurrency down, that equipment will need to go somewhere, Biundo comments. More than likely, he expects players in the used IT equipment industry will get offers to buy it and he reveals that his own company has discussed buying used graphics cards, testing, certifying and reselling them when the market reappears – as it more than likely will.

However, the growth in cryptomining interest has also come with various negative aspects. Not only are graphic cards hard to come by but they are also extremely expensive due to their high demand. Selling graphics cards to miners isn’t likely to prove a goldmine for ITAD businesses. Furthermore, sales of graphics cards won’t make up a huge percentage of an ITAD business’s revenue stream. Bankaci said CyberCrunch isn’t getting higher-end cards from computers retired by companies – say business-class Dell laptops, for example. They’re coming from the consumer stream, but even there, they’re hardly commonplace. Gamers generally prefer to part-out their computers, rather than recycling the whole units, Bankaci noted.

“It’s very hard to procure them as a recycler or ITAD business,”