Trouble Modding Your Pixel 6A? An Update is Here! 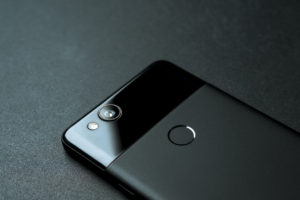 Last week, Google released its highly anticipated Pixel 6A with the promised lower price, but immediately after the release users began complaining about a missing feature. A popular Android news site, Android Police, came across several reports from users about being unable to unlock the phone’s bootloader and perform mods. The site confirmed the issue with their own review and found the complaints to be true, but Google has been quick to jump on the issue and has begun releasing an update that corrects the error.

You may recall a popular phenomenon when the iPhones first came out called “jailbreaking” or “unlocking” the phones. This is a common technique used to access hidden features on the device, but has been highly discouraged by Apple in previous years.

Unlike many other tech companies, Apple included, Google allows its smartphone users to access the phone’s bootloader, a software that essentially gives the user full control over their OS, a process called rooting. The bootloader also allows users to install modded versions of Android called ROMS, however, this beloved feature appears to be missing from Google’s latest smartphone release.

Just days after the Pixel 6A’s release, Google began working on a solution to the issue and has since begun releasing an update that fixes the problem. According to the tech giant, the update will continue to roll out over the course of this week “depending on carrier networks.” If you’re awaiting the update, you shouldn’t have to wait much longer for a moddable device.