Transmitting data as sound waves will transform the IoT 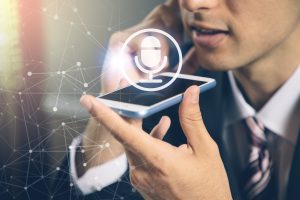 Chirp, a ‘data-over-sound’ startup believes that transmitting data as sound waves will be the next transformative move for the Internet of Things. James Nesfield, Chief Technology Officer of Chirp, believes that transmitting data using sound waves, at both audible and ultrasonic frequencies, offers a huge range of hidden benefits, and can counter intuitively enable more secure transactions.

Chirp’s technology takes data and encodes it into a unique audio stream, before sending it from one device to another. Anything with a speaker can send a ‘chirp’, while most devices that are equipped with a microphone can receive and decode the message.

Nesfield suggests that transferring data over sound is the most efficient method in certain situations. Compared to WiFi, data over sound has a slower transmission rate. “However,” he explains, “the on-boarding process for a solution like Chirp is extremely fast and simple, compared to the lengthy process of setting up a WiFi network.”

The same can be said for Bluetooth, which can involve an even more time-consuming connection process of having to pair devices together within a certain proximity of each other.

One of the best appeals when it comes to Chirp, is that data transferring can be conducted instantaneously and without any previous pairing or configuration, making it much more efficient in terms of time and convenience for the user.

However, of course there are some drawbacks of using sound waves for this operation. One limitation for many popular forms of data networking is the need for the connection and transfer to work. NRC tags and QR codes are prime examples. Data over sound provides an alternative that enables seamless data transfer from devices that are in the same area, but necessarily as close as NFC or most sizes of QR code.

And in terms of security, this extended but still limited range comes with other benefits, such as increased security by ensuring that data won’t travel outside of the perimeter. The final advantage relates to the work that companies typically have to put in to install new networks and connectivity. “It’s important to point out that the physical infrastructure needed to facilitate ultrasonic data transfer is already largely in place,” Nesfield says.

“Billions of devices of all form factors already have the requisite processors, speakers, or microphones – such as mobile handsets, IoT devices, and voice assistants. Chirp adds new functionality without requiring any physical upgrades to existing hardware.

In fact, Nesfield says that Chirp should be viewed as a data vehicle – it may have been designed with encryption in mind, it is essentially up to how consumers opt to use the software to determine how “bulletproof” the data service will be.“Chirp exists solely as the transport layer and it’s our responsibility to ensure that data is successfully transmitted from point A to point B. While we don’t claim to be leaders in cryptography, our technology has been built with encryption in mind and it therefore has various features which can help support secure transactions,” he says.

If you’re interested in the idea of data-over-sound, you can check out Chirp’s free tier software development kit (SDK) to enterprise developers.