Throwaway Culture is the Root of the E-Waste Crisis 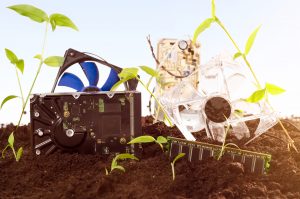 Nearly all of us are guilty of trashing a product that environmentally should not have been lumped in with regular trash. However, we’ve all unfortunately done it. We’ve trashed a tablet with a cracked screen, ditched an increasingly sluggish iPhone that was being overshadowed by the latest model on the market, or junked a TV that was seemingly rendered redundant by the promise of a sharper picture on a next-generation display. The influx of bigger and better technology hitting the market on a continuous basis has us always thinking of the next device and not on the one sitting in our hands and homes.

While we’re getting much better at recycling paper, glass and plastic, our fast-moving digital culture, coupled with increasing affluence and consumer hunger for the latest gadgets, is creating a global epidemic of domestic electronic waste that too few governments are addressing. Throwaway culture is a threatening situation that is quickly getting out of hand. But who is to blame for this situation? The consumers who can’t seem to be happy with their current devices? Or the manufacturers and tech giants who test the consumers willpower by producing more technology than can be handled?

The answer is simple. Neither. While throwaway culture, especially in terms of the tech industry, thrives on these two aspects, the root of the issue is the lack of responsible and sustainable recycling efforts from individuals, companies, and local governments. According to a recent study by the United Nations, the world as a whole produced nearly 44.7 million metric tonnes of so-called “e-waste” in 2016. Which is a pretty meaningless figure to the average person – until the UN illustrates this figure as the equivalent of 4,500 Eiffel Towers. And it’s only going to get worse. According to the Global E-waste Monitor 2017, a joint report by three UN bodies, in 2014 each person on the planet was responsible for the equivalent of 5.8kg of e-waste. Two years later, the amount increased to 6.1 kg and by 2021, experts forecast the amount to reach 6.8 kg – which is a grand total of 52.2 million metric tonnes (or, if your prefer, 5,200 Eiffel Towers).

Stuart Fleming, chief executive of Enviroserve UAE, which is about to open what bills as ‘the world’s largest integrated e-waste and specialised waste recycling facility’ said “the growth in electronic waste kind of came up and bit us from behind, that’s for sure. “The thousands of tonnes of e-waste in landfills throughout the Eighties and Nineties, must be amazing.”

Vanessa Gray, one of the authors of the UN report and an information and communications technology expert with the UN’s International Telecommunication Union, agrees that while we’ve been busy getting our heads around the recycling of paper, glass and plastic, the issue of e-waste has crept up on us largely unnoticed – but says now is the time for individuals, companies and governments to act.  “There are more computers, smartphones, data centers and networks and the amount of electronic waste – which is anything that runs on a battery or a plug – is really growing,” she says.

Last December, the UN reported “disposable incomes in many developing countries are increasing and a growing global middle-class is able to spend more on electrical and electronic equipment.” Gray comments “[it is] great that the information society is growing, giving access of more information to more people. But at the same time it also creates a lot more electrical and electronic equipment, which leads to more e-waste.” In the end, she says, “consumers have an important role to play, because we cannot continue to consume like we are at the moment, not using things until the end of their lives, throwing them away and not recycling them properly”.

Consumers are, of course, influenced by canny marketing, and the report also points a finger at the sales ploys adopted by technology companies. Many people, it says, own more than one information and communication technology device, “and replacement cycles for mobile phones and computers, and also for other devices and equipment, are becoming shorter”.

The reality of throwaway culture is pretty counterintuitive. Improving technology should increase the lifespan of devices, not reduce it. But, as users of a range of products have discovered to their cost, built-in obsolescence is a cynical reality of the modern electronics industry. In December Apple admitted that its regular software updates slowed down the performance of its older iPhones, and the company is now being investigated by the consumer protection agency in France, where built-in obsolescence designed to generate sales is a criminal offense.

However, we can’t put throwaway culture is a screeching halt. In fact, throwaway culture is more than likely something that will persist so long as technology keeps advancing – which is will. Therefore, we must look towards ways to curb these habits and lifestyles. Beginning at the local level, there needs to be more through education on how and why one should responsibly recycle e-waste. To get you started, provided are some tips on how to make your device last longer in your hands: