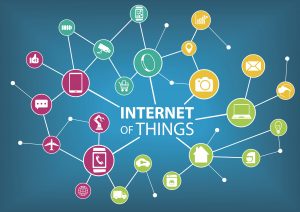 The Internet of Things (IoT), is defined as the network of physical objects – devices, vehicles, buildings and other items – embedded with electronics, software, sensors, and network connectivity that enables these objects to collect and exchange data. Almost regardless of industry, IoT is predicted to be the single most important factor impacting fundamental business logic in the coming decades and experts everywhere are making predictions about what we can expect from IoT.

Senior director of security strategy at Thales eSecurity, John Grimm, shared three IoT predictions for 2018 with media company and events organizer TechCo. Grim’s first prediction is  industries will consolidate and that IoT will quickly restructure itself to introduce more comprehensive standards to industries. He told TechCo, “We will start to see an acceleration of consolidation. The number of IoT products and platforms is growing, as well as the number of security bodies, initiatives and standards that are coming out. It is inevitable that we’ll begin to see consolidation of standard activities, particularly around IoT platforms, with over 300-400 platform products available now. As the market matures, they won’t be nearly as many products available as there are now.”

The second prediction Grimm named is the changing face of vulnerabilities. With the recent BlueBorne airborne attacks and the Mirai botnet malware, we’ve seen what problems can arise from IoT devices. Therefore it’s easy for Grimm to name cybersecurity as the most important and continuously growing IoT concern. Grimm comments, “recent vulnerabilities have been discovered that are bigger and more impactful than ever before. Rather than being based on specific products or vendors, these vulnerabilities are something bigger, and more wide-ranging. Some products that have been around for years are now facing vulnerabilities, which is causing us to question trust in existing and new products.” In short, hardware is a huge concern. Updating operating systems on devices may not be enough to keep the IoT devices completely safe and due to IoT’s networking capabilities, the devices could be used for larger DDoS attacks.

Grimm names the third trend to be a stronger focus on analytical tools. As IoT becomes more common throughout households and businesses, the more people begin to realize how valuable the devices become as a source of data. “The exciting tools in IoT right now are the analytics tools that try to make sense of all the data and the visualization tools that try to bring the analysis to life. Vendors of these solutions are seeing their prospects and customers ask harder questions about data protection. We can definitely predict that questions will be asked to providers of these tools, as people begin to explore the next layer down and not just focus on how the product appears.”

As consumers and corporations alike embrace the IoT’s world-changing impact on global commerce and lifestyle, it is hard to image the IoT doing anything but growing to greater heights in 2018. Experts predict the IoT will consist of 30 billion connected devices by 2020 and reach an expected global market value of $7.1 trillion.