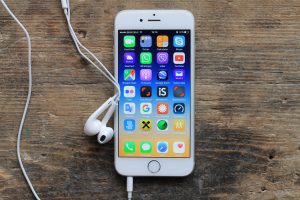 These days, Apple has been dominating the global headlines. From the launch of their anniversary phone (iPhone X), to the multiple lawsuits that followed the company’s admission of purposely slowing down older iPhone models, to confirming the rumors of the iPhone X being discontinued – Apple has been the uninterrupted center of attention for those in the technology industry for months now. The most recent headlines concerning the company has to do with the impending iOS 11 update. After the company put out a press release Jan. 24, the details of the new features for iOS 11.3 seem to impress many critics and may help boost in iPhone X sales before the phone is discontinued. The spring release of iOS 11.3 will feature more innovative methods to experience augmented reality, new Animoji on the iPhone X, the ability to view health records on the Health app, introduce business chat, and provide battery health reports.

The update will also a new features to the fan favorite feature, Animojis. Enabled by Apple’s TrueDepth camera on the iPhone X, Animojis are emojis that respond to facial expressions and animated various 3D emojis that can be sent as a video files with sound as iMessages. In iOS 11.3, four new Animojis will be introduced, giving iPhone X users the ability to express themselves as a lion, bear, dragon, or skull, which will be joining the 12 existing animated characters already available in Animoji. Many critics believe that this will be interest in the iPhone X, and therefore may kickstart the stagnant sales for the anniversary phone back into action. Unlike anything else on the market, Animojis are described as, “the true form of Apple innovation.” 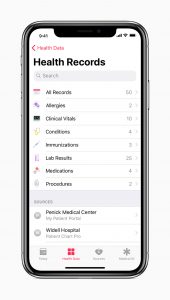 The Health App will also receive a major facelift in iOS 11.3. With the addition of Health Records, the Health App will be a consolidated hub for health profiles by integrating health records from hospitals and clinics into the interface. Customers will be able to see available medical data from various providers all on one screen. The app will now also alert users of  lab results, medication and much more in real time. For the safety of the user’s sensitive information, all health record data will be encrypted by a passcode.

Other updates that the software will enhance are Apple Music, Apple News, and HomeKit. The Music app will now more heavily feature music videos, with top charts for the best new music videos as well as the classics. Users will also be able to watch their favorite artists continuously in new music video playlists. However, these features will require an Apple Music subscription.  For Apple News, Apple is improving Top Stories and featuring video content in a new Video section found in the ‘For You’ section. Furthermore, the update will provide more support for HomeKit software authentication, making it easier for accessory makers to upgrade their accessories to support HomeKit without additional hardware. iOS 11.3 also include  Advanced Mobile Location to automatically send a user’s location to emergency services when making an emergency call.

In addition, iOS 11.3 will be introducing two new features for compatible iPhone users to explore. The first is Business Chat, which enables users to field customers support sessions within the Messages app. However, Business Chat may not have all the enterprises you are looking to chat with. Currently, Apple says it will be testing partnerships with Discover, Hilton, Lowe’s, and Wells Fargo. Another new feature loaded on iOS 11.3 is a battery health report that will not only show the health of your device’s battery but will suggest recommendations if a battery needs to be serviced. These options can be found in Settings → Battery, but will not be released in the initial iOS 11.3 beta release. Apple opted to add this to the iOS 11.3 software in response to the “Apple battery throttling” situation.

Despite the recent woes Apple has been experiencing, many critics are expecting Apple’s latest iOS software to be impressive. Currently, both the developer and public beta have been released. If you are interested in trying out the iOS 11.3, visit the Apple Beta Software Program website to sign up for beta programs.