The mobile phone market may be stagnant, but mobile technology is still emerging 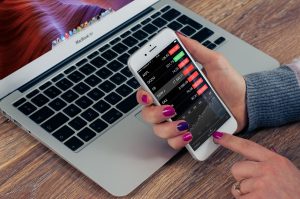 After a decade of extreme growth, the mobile market slowed to a crawl last year, according to new industry figures. The total number of connected devices rose just one percent to 400.2 million, the slowest rate of increase on record, while service revenue slipped five percent to $179 billion, the second year in a row of decline, the industry trade group CTIA reported in its annual survey last week.

With 326 million people living in the U.S., that is an average of more than 1.2 devices for every man, woman, and child in the country. Based on the numbers, Wall Street has growing concerns about the maturing outlook for the industry. We’re facing a tipping point where voice and home assistance, IoT service based apps and tracking devices are growing in popularity, with the potential to supersede the mobile phone as being the tool that connects users across new channels in innovative methods.

For over a decade now, the smartphone has been the staple of the digital age. Their appeal has shifted from shiny devices with high resolution screens to the highly utilized apps and services running on the phones often as internet-based services hosted in the cloud. However, these days emerging flexible displays that could be anywhere between 10 to 14 inches long would set phones free from being defined by a simple screen size and could even set mobile up with the potential of not being a mobile phone at all.

Take Microsoft for example. Last year, the tech giant pulled back from the handset business, essentially writing off $7.6 billion for its acquisition of Nokia’s handset business. However, the corporation has announced plans to push mobile into its next-generation PC’s. In fact, Microsoft’s Andromeda, a rumored folding tablet slated to be released in the coming year, will have many mobile smartphone aspects — small enough to fit in your pocket — but with added features like being large and powerful enough to get a some serious work done.

Other companies like Dell, HP, Lenovo and more are expected to follow this trend into 2019 with twists of their own to the new category of digital journaling. This strategy mirrors the original Microsoft Surface initiative to jumpstart the 2-in-1 PC category, which is now one of the most popular in the market. Furthermore, Microsoft future strategy is playing out to reveal itself to make money off the back-end of mobile software, through selling cloud-based services, now its fastest growing business.

In fact, evidence proves that many in the mobile industry have interests that are growing outside mobile devices. For example, Mobile World Congress 2018 was more of a showcase of potential technology inside mobile phones rather than the phones themselves. This technology is moving into new sorts of devices as part of the IoT takeover. New sensors for facial tracking, eye tracking, voice recognition, gesture recognition and context will pack a powerful punch that could start the evolution of the mobile phone as we know it.

But we shouldn’t worry just yet. Mobile phone usage won’t be completely cannibalised by the tech giants managing home assistants. It is only evolving the experience of how it is used. In other words, technology is beginning to pick up real speed thanks to disruptor experiences on current and new devices on the market.

Apple Plans to Move Production Out of China
December 27, 2022
What to do with Old Cell Phones
November 28, 2022
Safe Disposition & Transportation for Lithium Ion Batteries
November 14, 2022

Challenges of the Right to Repair Movement
September 14, 2022
Leave Comment