The Doctor on Your Wrist: How Smartwatches are Saving Lives 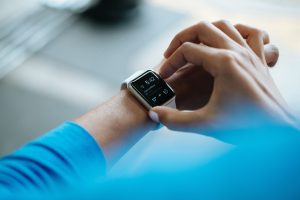 Within the last two years or so, we’ve begun to hear stories of how wearables like smartwatches have been able to save lives. For example, look at James T. Green’s wearable story, which he gave in an interview with technology news hub, Engadget. Green took an impromptu walk around the block on a particularly stressful day and began to notice that we felt extremely out of breath while strolling up a slight incline. As a fit and health conscious man, Green knew that this was not normal behavior. Taking a glance at his Apple Watch, Green noticed not only was his heart rate through the roof but the HeartWatch app he was using to check his pulse was flashing warning signs on the watch’s display. With a previous history of pulmonary embolisms a few years back, Green took the warnings serious and consulted with his doctor. Turns out the blood clots in his left lung had returned and was told that had he waited any longer, a clot could that size could have killed him.

It would be a stretch to say that it was solely because of the smartwatch Green was wearing that he was able to avoid a deadly outcome. However, we can argue that if the Apple watch had not shown him some abnormal heart-rate data, then Green may not have thought much of his situation and may have not pursued a doctor’s consultation.

Currently, smartwatches from Apple, Fitbit and other brands can tell you your heart rate, track your workouts, and more. Some can even analyze your sleep patterns. But these companies want to go beyond the basics by developing ways to tell you when something is wrong. A smartwatch could even diagnose your condition all on its own one day.

IDC estimates that basic activity-tracking wristbands will fall from 36 percent of the wearables market to 22 percent by 2022. Meanwhile, smartwatches will account for 40 percent of all wearables sold. Overall, activity-tracking bands that do nothing other than track steps are simply declining in popularity. Instead, consumers are flocking towards sophisticated and sleek smartwatches that can not only measure your heart rate, but provide some measure of analysis as well.

The first Apple Watch, introduced in 2015, had a heart-rate sensor, but the company didn’t bill the device as an advanced health tracker. Still, Apple started started receiving personal stories from people who discovered health conditions revealed by the Watch’s sensor. With the rollout of the fitness-focused watchOS 4 update last fall — which notifies you when your heart rate spikes — anecdotes about life-saving alerts have become more widespread. Three stories made high-profile headlines this May alone.

Fitbit, which introduced continuous heart rate-monitoring in 2015’s Charge HR, has also received emails from customers who say their fitness bands have prompted them to go to the doctor. Fitbit’s devices don’t currently alert you if your heart rate is too high. But, like Apple, Fitbit is trying to figure out how to use the heart rate and motion data it collects to detect what’s going in with your body.

However, despite the growing number of “my-smartwatch-saved-my-life” stories, smartwatch makers have yet to seek FDA approval for their devices, citing the need to quickly release products without the hindrance of a slow regulatory process. To speed up the process, last year the FDA announced a digital health software pre-certification pilot program with nine participants, including Apple and Fitbit. Samsung, Verily, Johnson & Johnson, Pear Therapeutics, Phosphorus, Roche and Tidepool round out the pilot, chosen from a field of more than 100 companies. The program is designed to figure out how to approve software-based health features more quickly without sacrificing stringent standards. Instead of requiring every device to undergo regulatory approval, the FDA will focus on the software, FDA Commissioner Scott Gottlieb said last September while announcing the roster of participants.

That means if the FDA pre-certifies Apple, Fitbit and others, those companies will be able to roll out software tools to their smartwatches that can detect heart conditions and alert users who exhibit symptoms. Those tools will be based on the algorithms being tested on people who have signed up for various heart-rate research studies.