The Best and Worst Tech at Mobile World Congress 2018 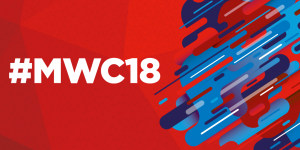 Last week the Mobile World Congress 2018 show (MWC) showcased the future of technology. Held annually in Barcelona, Spain, the show attracts the eyes of millions – all hoping to catch a glimpse at the latest and greatest in mobile technology. And like most years, there were some devices that stole the show, leaving some of the lacking gadgets in their shadows. While there was a lot of hype behind which companies would announce smartphone launch plans for this year, many experts felt MWC 2018 was a little lacking. This could be due to the reveal of Samsung’s Galaxy S9 and S9 Plus (a highly anticipated phone from one of the biggest names in tech) hitting newsstands before the show even began. Or it could have been because of the lack of announcements from other tech giants like Motorola and HTC. Either way, the show had some great products to announce as well as some that fell short of expectations. Here is a quick look at the best and worst at MWC 2018.

The Best in the Show 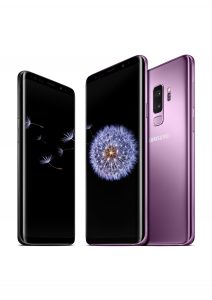 Samsung Galaxy S9 and S9 Plus in Lilac Purple

Samsung Galaxy S9 and S9 Plus

Starting off by looking at the best-in-shows, the first device to discuss is of course, the Samsung S9 and S9 Plus. Though specs hit consumers prior to the beginning of the show, many were still excited to get an actual glimpse of the handset. While it seems Samsung didn’t focus too much on a redesign for the flagship phone, the company completely revamped the internal components. The S9 line comes equipped with:

Samsung, who has long since been a top competitor on the market for Apple, begins at $720 – a much more manageable and favorable price than the $1,000 iPhone X. While the impending Samsung Galaxy X is being dubbed as the iPhone X’s top competition, the Galaxy S9 gives consumers a good look at what’s to expect for the tenth Galaxy model.

An unexpected handset that caught consumers eyes was the Sony Xperia XZ2. Sporting a new curved back design, this updated model has:

It’s been a while since Sony had a handset that could compete with the likes of Apple, Samsung, and LG, so this very well could be the beginning of the company’s comeback to the smartphone market. 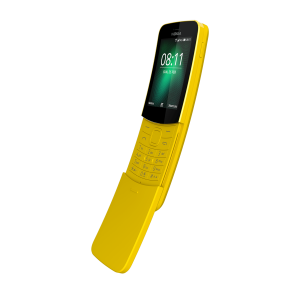 Another re-emerging name to the mobile industry is Nokia. There were once days were the Nokia was hailed as the best-selling mobile phone. However, let’s not forget that this was before the rise of the smartphone. After the introduction of the revolutionizing iPhone, Nokia seemingly fell to the wayside for many years. It wasn’t until last year that consumers realized Nokia was still a player in mobile. But the company struck gold last year after reviving the legendary Nokia 3310, which featured a complete design revamp with a colored screen and came equipped with the fan-favorite and still beloved game, Snake! This year at MWC 2018, Nokia came to revive yet another mobile classic: the 8110 slider phone.

With the same look and feel of the original design, the new 8110 4G, also known as The Matrix phone, has made a comeback and consumers are excited. While some experts believe the phone is too retro – with a design that doesn’t seem feasible for the smartphone market – the move to bring back a classic is still pretty cool. The model sports:

Nokia purists will likely complain that it’s too dissimilar to the original – a complaint that was heard when the 3310 was rebooted last year – but for those wanting a bit of nostalgia with a modern twist, the 8110 4G manages to strike an acceptable balance.

Nokia also made headlines with their first competent smartphone that will be able to hold its own against Apple’s iPhone and Samsung’s Galaxy models. HMD’s Nokia-branded Android smartphones have been mostly average mid-range devices. However, with the Nokia 8 Sirocco, like Sony, Nokia will be returning to the high-end side of the mobile industry. The model will come equipped with:

This will certainly be a handset that Nokia die-hards won’t be able to resist trying out.

We know what you’re thinking, “Surely they don’t mean Energizer, the battery company? Do they even make phones?” Well, the answer is yes and yes. Energizer, most known for their batteries and iconic pink bunny icon, has now entered the mobile market and we’re just as surprised as you are. We’ve even more surprised that their handset, the Power Max P16K Pro, is pretty impressive. While the actual handset is clunky by comparison to others on the market and completely goes against the slim and bezel-free trend, the phone may be able to hold its own in the market with:

It was probably easy to guess that a phone made by a battery company would prioritize the battery first. While the other aspects of the phone seems to rather ‘vanilla’ to most critics, we’ve got to admit that the battery capacity is more than impressive. 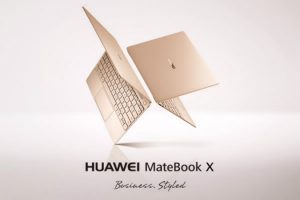 Just to prove that smartphones are the only headliners at MWC, Chinese handset manufacturer and third largest handset maker in the world, Huawei, came to show advancements in other aspects of the mobile industry. With their MateBook X Pro, Huawei is looking to compete with Apple’s MacBook line. Not only does it have a very similar name to the Apple-made competition, but the design is more than similar to Apple’s 2016 6th Generation Retina MacBook as well. Here is all that sets the MateBook X Pro apart from others:

The Worst in the Show

However, some of what we saw at MWC 2018 fell short of expectations or was something that consumers felt the market could do without. To have products that stand out, there have to be some duds that just aren’t ready to hit the market just yet. 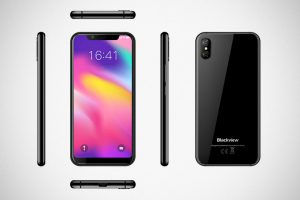 The rise of the off-brand iPhone X

One of the things the mobile industry doesn’t need is an off-brand iPhone X, let alone two or three of them. Something that consumers and attendees will remember about MWC 2018 was the unapologetic number of iPhone X copycats. Far too many handset manufacturers (Noa, Asus, Blackview, and Doogee just to name a few) came to the show featuring models that all consumers have seen before. However, that’s where the comparison stops. Unlike the iPhone X, whose main appeal is that is comes equipped with Apple’s Face ID, the copycats fail to live up to what the iPhone X set out to do. Ranging from $40-$366, the copycats won’t break the bank and will give you the look and feel of an iPhone X but beyond that they are sub-par models at best. If you want to take a look at the lookalikes, search up the following models:

The best way to eliminate bezels and slim down a model is to exclude components. We saw it with the MacBook Pro Retina Display, when Apple made the move to remove DVD drives to shed a few pounds off the laptop. Now, we’re seeing it with smartphones. More and more handset makers are opting to remove headphone jacks to not only slim down models but for the convenience and ease of having just one port (we suppose in case you ever forget which port to plug your charging cable into).

And while there are converting cables that will allow users to still be able to use headphones that require headphone jacks, many consumers find having to keep up with yet another accessory is tiresome and frustrating. 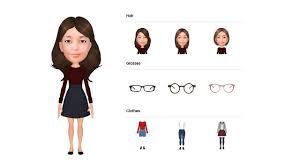 Emojis were first introduced to Japanese made handsets. However, they quickly grew in popularity and now you can find them in nearly every form for nearly every operating system (albeit the design may differ from OS to OS). And then Apple to the emoji to another level. With the introduction of their latest flagship phone, the iPhone X (or 10, whichever you prefer), introduced iPhone X users to a new way of emoji-ing. Through Animoji, users could actually become their favorite emoji, thus opening a new pathway of communication.

Therefore, most expected Samsung, Apple’s biggest rival, to release a similar emoji communication application. However, it seems Samsung fell short of the mark with their AR Emojis. Yes, augmented reality is cool and emojis are super cool, but when mixed together it seems like consumers just aren’t onboard. While the AR Emojis are impressive in that they are able to conduct impressive facial scans with no additional specialized equipment other than the front-facing camera, the weird and often misshapen creations that are revealed are a big turn off. Until Samsung is able to get AR Emojis looking more realistic and less SIMS-like, this feature is looking like it will be a flop.

In all, the MWC 2018 show seemed to show off some pretty impressive advancements in mobile technology. With the advent of 5G technology set to be introduced to the market this year, it will certainly be interesting to see how far mobile technology will go.