Tech Solutions Series: My Phone Won’t Turn On – What Should I do? 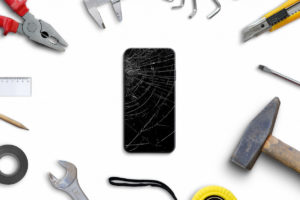 Today we’re here to discuss a common smartphone issue that has plagued many users over the years, the mysterious case of the dead phone. Or rather, a phone that simply won’t turn on. You’ve tapped the screen, clicked every button, plugged it in, and even banged it on the table a few times for good measure (it works for the TV remote), but nothing. Before running off to the manufacturer for a new device, here are some things to consider.

Problem: There are many things that may cause a phone not to turn on immediately, and though our first thought is typically the battery, there are a number of issues that could be preventing the phone from powering on besides a dead battery. Battery replacement is no simple procedure, and we recommend checking several other things before having the battery replaced.

Solution: If you have already tried charging your phone and it still won’t turn on, one solution that typically works is force starting the phone. For iPhones, you do this by holding down the lock screen button for a few seconds. For Samsung devices, hold down the power and volume buttons for ten seconds. The buttons to hold down may vary depending on the phone model, in some cases it may be the Up volume button and the lock screen button.

Another common issue is water damage. Even though most smartphones are now waterproof or water resistant to some degree, even the smallest amount of liquid can damage internal components and prevent the phone from powering on. Physical damage is just as capable of keeping your phone’s screen black. If the screen is cracked in any way, continued use may cause it to quit working over time. Software issues are also a common problem that can cause your phone to act up. If an app crashes during an update it may cause your phone to crash as well, and become unresponsive. If all other options have been exhausted, you can always try restoring it to factory settings via iTunes. For Samsung, go to Settings, scroll and select Factory data reset (may need to tap it twice after reviewing the information), then tap reset. Unfortunately, this will result in data loss for every device.

If you’ve reached the point of no return and you’re ready to swap it out for a device that’s actually working, recycling your broken phone is the best method of disposition if repairing the device is not an option. IT asset disposition enterprises such as HOBI International collect old electronics no longer of use, and ensure that any potential environmental harm is mitigated. In addition, purchasing a refurbished phone instead of a brand new one can help reduce the amount of raw materials needed to make new devices, as well as the amount of e-waste generated each year.