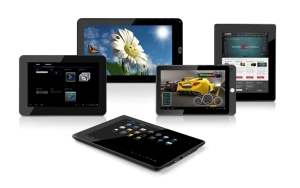 The overall decline in tablet shipments could be seen as a response to longer lifecycles. IDC explained the increase in shipments of detachable tablets, such as the iPad Pro, shows that more consumers are choosing to adopt detachables as a primary computing device.

Tips for Keeping Your Electronics Cool this Summer
April 13, 2022

Tech Solutions Series: Is public WiFi safe to use?
March 7, 2022