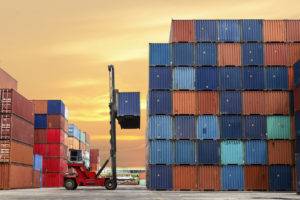 Adopted by the Conference of Plenipotentiaries in Basel, Switzerland on March 22, 1989, The Basel Convention on the Control of Transboundary Movements of Hazardous Waste and their Disposal is an international treaty that controls the management and trade of waste worldwide. The Basel Convention was first implemented in 1992 in order to protect human health and the environment against adverse effects of hazardous waste. Last year, the Basel Convention published several proposed alterations to the convention itself that would dramatically change how some end-of-life exports are managed, with the changes set to be discussed in a meeting taking place June 6-17, 2022.

The new Swiss-Ghana proposal includes the reclassification of certain materials not currently classified as hazardous, which would subject them to the same shipment regulations as materials considered hazardous such as CRT glass, or devices with batteries containing mercury, cadmium or lead. Another proposal by the EU would expand the definition of “waste” under the convention to include devices being prepared for reuse, which are not currently classified as waste according to the convention. The devices would no longer be considered waste once reused.

More than 180 countries are party to the Basel Convention, and the changes in both proposals would mean little more than an extra round of paperwork for exporters in Basel-party countries. The reclassification would require exporter notification and receipt of consent from authorities within the importing country. However, because the U.S. is not a party to the Basel Convention, if the changes were adopted all exports of devices covered under the convention from the U.S. to Basel-party countries would then be considered illegal. This would largely disrupt the U.S. industry and change the competitive landscape for the U.S. on a global scale.

HOBI president and past chairman of the Institute of Scrap Recycling Industries (ISRI) Electronics Division, Craig Boswell, said of the proposed alterations, “The combination of the two proposals seems to be altering the traditional way we’ve looked at used electronic equipment.”

IT asset disposition facilities prepare millions of devices for reuse, a process which typically includes checking devices for damage, cleaning, and repair and refurbishment. The Basel Convention alterations would cover devices only during the preparation process, but not once the devices are in reuse. The proposed changes will also subject certain e-scrap materials to more restrictions and loopholes for enterprises to jump through in order to export e-scrap materials to Basel-party countries. Expanding control and trade bans could, depending on their implementation, prevent responsible ITAD providers such as HOBI from providing used devices as an alternative to brand new ones to more than 180 countries. This will hinder the economic benefits of device resale, as well as any progress toward a circular economy.

The Basel Convention proposals are slated to be discussed at a convention meeting during the next two weeks. It is imperative that companies know and understand the changes that may be approaching, prepare for major business alterations, and keep their eyes open for results.