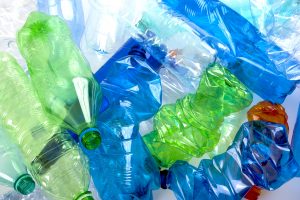 It seems that no matter how much effort is put into recycling and creating recycling awareness, tons upon tons of plastics still find their ways to landfills and the ocean.

Even before China announced last year that the country no longer wanted to be the “world’s garbage dump,” roughly 91 percent of potentially recyclable plastics in the U.S. ended up filling up landfills or floating in oceans. Meanwhile, Europe marginally out does the U.S., with only 70 percent of potentially recyclable plastic material getting tossed. But why are the rates so terrible?

It is partly due to changes that were supposed to make recycling simpler but only ended up making it nearly impossible. For example, how many of us have seen carefully labelled green and blue bins to indicate where trash and where recycling should be disposed? These days, this attempt to get people thinking about recycling and planet sustainability is commonplace. And yet, so many still toss their waste in whichever bins is more convenient to them.

In fact, University of Georgia engineering professor Jenna Jambeck said that part of the reason China is now refusing to process American and European plastic is due to this reason alone. So many people toss waste into the wrong bin, resulting in a contaminated mix difficult, if not impossible, to sort through to find the recyclable components.

In a paper published in Science Advances, Jambeck and her colleagues calculated that between now and 2030, 111 million tons of potentially recyclable plastic will be diverted from Chinese plants into landfills. Previously, China would make a profit by importing the stuff from American and European recycling bins and turning it into useful and usable material. However, as other countries attempted to simplify things for consumers with “single stream” recycling rather than broken down by material (i.e., separate bins for paper, plastic, metal, and glass), the material entering China became too contaminated to do anything with. Something that was suppose to make recycling appealing, ended up making it easier to recycling the wrong way.

Right now, scientists are starting to develop ways to recycle mixtures of plastics — which is no easy job due to many plastics repelling each other like oil and water. One of the reasons China imported recycling was that it was possible there to hire cheap labor tasked with hand-sorting through the different types of plastics.

Another reoccurring issue is that nearly all current “recyclable” plastics can’t go back into its original purpose like packaging, but get a second life as a handbags or lawn chair before settling into landfills at the end of the material’s usable life cycle. With this in mind, plastics aren’t really recycled so much as they are “downcycled.” On the other hand, creating new ways that would allow for plastic material to be reused hundreds of times to create the same product would be a costly venture that still ends with the use of non-biodegradable plastic material.

It seems like no matter what solution we propose, plastic pollution will always be around in some form or another. Compliance won’t be a cure until innovations from the labs have set us up for success. Until then, we can all do our part in spreading awareness of responsible recycling whenever we can. Yes, our individual actions may not make an instantaneous impactful difference, but in the grand scheme of things, they will be the necessary steps towards a brighter, greener, and more sustainable future.