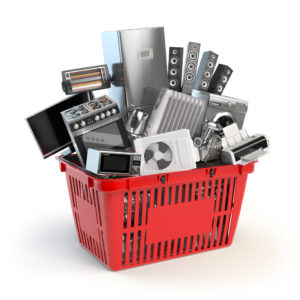 Canadian census agency, Statistics Canada (StatCan) recently published results for its Households and the Environment survey, and found that the percentage of households disposing of unwanted electronics last year has continued to drop. Conducted every two years, the survey asked Canadian households how many unwanted devices they had last year, whether or not they disposed of the retired devices, and how.

In addition, the survey found that certain devices were more likely to end up in landfills than others. The report showed that microwaves were among the most likely to be thrown out with municipal waste above landline phones, audiovisual equipment, printers, computers, televisions and cell phones.

When disposing of retired or unwanted electronics most don’t consider how e-waste affects our environment. Most consumers believe it’s okay to throw their old microwaves, televisions or printers into the trash and take it out as normal, however, this is not only unsafe for the environment, it’s also unsafe for human health. When electronics sit in landfills for too long, they can leak harmful chemicals that soak into the soil and pollute groundwater. This will eventually contaminate the surrounding drinking water supply and can lead to extreme illnesses for those living nearby. This is why it is crucial to properly dispose of your old electronics.

HOBI International is a premiere IT asset management and disposition facility that focuses on maximizing economic return and mitigating any potential environmental liability. HOBI collects retired IT assets and disposes of them in an environmentally friendly manner, ensuring that no devices are sent to landfills.

It is never safe to throw your electronics away in the trash. Practice proper IT asset disposition with an ITAD provider like HOBI.