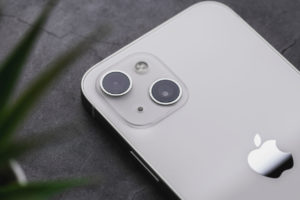 Apple is widely known for the anticipation surrounding their products, especially the iPhone. With long lines the night before new devices are released, and skyrocketing pre-orders, they have become the world’s leading tech giant, and their fanbase continues to expand every year. However, recently the company has come under fire for several reasons, the latest of which is a delay on the highly anticipated iPhone 13.

Earlier this month Apple announced the newest in a line of highly sought after smartphones, the iPhone 13 series featuring the iPhone 13, 13 Mini, 13 Pro and 13 Pro Max. Per usual, the company received a plethora of pre-orders, as well as a line of people waiting outside the store. Typically, pre-ordering ensures that the customer will receive the phone right when it’s launched, however buyers are flocking to social media to voice their impatience over a recent delay in delivery dates. Some who ordered the iPhone 13 were promised arrival, but received a message with a delayed arrival of almost a month later than originally stated.

The delay is said to stem from a staggering demand and supply chain constraints resulting from production suspension of several Apple suppliers in Chinese factories in order to comply with tighter energy consumption policies. The delays so far have only affected customers in the U.S. and U.K., with delivery dates varying depending on the model purchased. However, the delays are only affecting those who pre-ordered the iPhone 13. In-store purchases are still an option for those who don’t want to wait weeks for their new phone.

Start This Season with an ITAD Plan
September 26, 2022