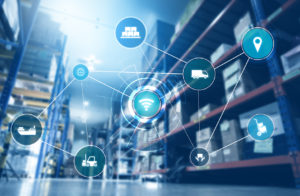 One major universal request in the recycling industry is for more transparency, and a new startup is turning these requests into actions. Founded by former U.S. EPA staff members, Anna-Marie Cook and Bill Robertson, Kamilo Inc. was developed in late 2019 and focuses on the goal of increasing the value of recycled resin by using technology to track material moving through the recycling chain.

Kamilo was awarded a $100,000 grant by the EPA in December, and has already begun pilot projects around California. Advanced software enables users to track shipments of any recyclable material via an app that scans digital identifiers like QR codes or transponders that are attached to shipments of scrap plastic, gaylords, super stacks, bales, truckloads or shipping containers. After providing a few details such as shipment weight and polymer, and a few photos, the app then uploads the information to a quantum ledger database (QLDB) which provides logs that are transparent and cryptographically verifiable.

The information generated by Kamilo ensures upstream participants like materials recovery facilities (MRFs) that their shipments are not ending up in landfills or being burned. The technology also ensures consumers and brand owners that the products they receive are made with recycled resin. For companies that may not want to be identified by name as buyers or sellers of materials, Kamilo also offers levels of anonymity for its users.

The startup name was inspired by a work trip Cook and Robertson took while both were still staff members of the EPA. The trip permitted them to visit Kamilo Point in Hawaii, and after noticing the beaches were flooded with litter, the two vowed to take action. Together, Cook and Robertson agreed to someday start a for-profit company to prevent plastics from ending up in the environment, and true to their work, Kamilo Inc. was born.

Kamilo Inc. was incorporated in November 2019, followed by further development in 2021. The startup is based in Oakland, Calif., and plans to apply for further EPA funding.