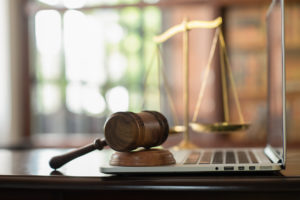 States across the country have passed legislation working toward more sustainable solutions, and a Pennsylvania lawmaker recently introduced a bill that would update the state’s extended producer responsibility program for electronics. After a Michigan lawmaker introduced a bill updating the state’s EPR program, Senate Bill 1310 was introduced by state Dem. Sen. Amanda Cappelletti, and would update Pennsylvania’s current recycling program.

Cappelletti believes the Covered Device Recycling Act, which requires manufacturers to fund collection and recycling of certain types of devices, is failing. Earlier this year Cappelletti sent a memo to colleagues informing them about the introduction of the bill.

She wrote, “The existing program, which inhibits many Pennsylvanians from disposing of their electronics properly or safely, has resulted in the accumulation of unusable electronic devices within households across the state. Some individuals have resorted to the illegal disposal of such devices in landfills, streams, and forests. Further, in certain locations within the state, residents are paying exorbitant fees as high as $200 to recycle their electronics.

Proper electronic waste disposal is extremely important in order to protect the environment. When consumers illegally dispose of electronics in landfills, they are increasing chances of water and air contamination, which could eventually negatively affect those in the surrounding area.

So far the bill has received sponsorship from nine Democrats and no Republicans, who currently control both chambers of the state’s legislature.