Samsung Stuck in a Mobile Slowdown 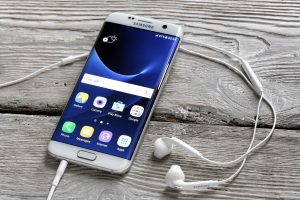 Despite recently reporting record profits, Samsung says it’s seeing the effects of a “sluggish” smartphone market. Which could mean more promotions for the Galaxy S9, the company’s latest flagship handset that was released last month.

Last week, the South Korean electronics giant reported a 20 percent jump in revenue and a 58 percent rise in operating profits as it benefited from strong demand for its memory chips, which are used in everything from phones to services. However, despite a soaring first-quarter revenue and profits report, Samsung expects to see a significant slowdown in the mobile market.

The company claims that second-quarter profits in its mobile business should decline sequentially “due to stagnant sales of flagship models amid weak demand and an increase in marketing expenses.” Additionally, the company’s other product sectors will see tougher times over the next few months. Samsung’s display sector, which counts the OLED displays for Apple phones, will also decline throughout the June quarter. Just as well, despite a strong demand in memory chips for servers, flash memory sales are crippled by the company’s stagnant smartphone sales.

“Generating overall earnings growth across the company will be a challenge due to weakness in the display panel segment and a decline in profitability in the mobile business amid rising competition in the high-end segment.”

For consumers, this could mean some pretty exciting news. To boost Galaxy S9 and S9 plus sales, Samsung may promote significant discounts on the flashy new device. Which will also help promote sales of the company’s upcoming flagship model – presumably the Note 9 – in the second half of the year.

The smartphone market has been slowing down in recent quarters. It is increasingly becoming harder for handset vendors to make huge changes in their devices and differentiate from one another. Prices for the latest and greatest phones have actually increased at the same time US carriers have gotten rid of subsidies. What this basically means, is that people are waiting longer to upgrade. Smartphone sales fell for the first time even in the fourth quarter, according to market researcher Gartner.

And Samsung isn’t the only handset maker stuck in the mobile slowdown. Longtime rival, Apple, has seen its fair share of mobile declines. Apple, which reports its quarterly results later this week, is expected to report weak demand for the iPhone X. Which just so happens to also be impacting Samsung as they are the supplier to the iPhone’s OLED displays.

But Samsung, which introduced its Galaxy S9 and S9 Plus earlier than normal to get a sales boost, may not feel the impact of a mobile slowdown as much as Apple. Apple generates about two-thirds of its revenue from the iPhone, and it’s believed the bulk of its profit also comes from the smartphone. Samsung’s mobile and components business both comprise nearly half of its sales, but the majority of its profit — in the case of the first quarter, about 75 percent — comes from its chip business.

“The reality is that the diversified Samsung conglomerate has massively reduced its dependency to smartphones — contrary to Apple,” Forrester analyst Frank Gillett said. “The main business driver is the component business with memory chips — and new opportunities related to software, connected devices and AI/IOT platforms.

Samsung’s newest phones, the Galaxy S9 and S9 Plus, included relatively minor tweaks from their predecessors, but they helped drive a big jump in the company’s mobile business in the first quarter. Sales climbed 23 percent from the same period a year ago to 22.5 trillion won ($20.8 billion).

But the similarity of Galaxy S9 and S9 Plus to their year-old predecessors could be hurting demand for the newer devices. Research firm Canalys estimated Samsung shipped just over 8 million Galaxy S9 and S9 Plus units in the first four weeks after launch, about level with last year’s Galaxy S8 sales but falling short of 2016’s Galaxy S7.

“The novelty of premium smartphones is wearing off,” Canalys analyst TuanAnh Nguyen said.