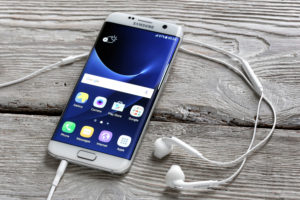 Samsung recently released the official cause of multiple battery failures that led to an eventual recall of all Galaxy Note 7 devices. The company cited manufacturing and design flaws in batteries from two different suppliers as the cause of the device malfunctions.

The Galaxy Note 7 recall costed Samsung an estimated amount of $5.3 billion, but the company is still paying in reputational damages. The company is now ranked number 49 in 2017’s Reputation Quotient Ratings, a substantial fall from number 7 during 2016.

Although Samsung launched a very thorough investigation, testing more than 200,000 devices and 30,000 batteries, it seems many consumers and professionals feel their questions are left unanswered. Wall Street Journal graded their battery investigation and fix efforts an overall C, explaining “Samsung was clearly serious about investigating the issue with the help of independent experts, but its explanation sometimes left us scratching our heads.”

Samsung has since announced plans to enact an 8-point check system for phone batteries to prevent any similar malfunctions in the future. While this is a step in the right direction, Samsung may still have to rebuild trust before releasing their rumored Galaxy Note 8 device.