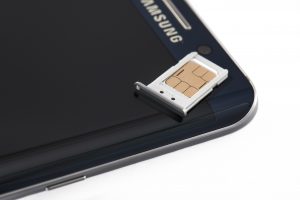 After the Korean tech giant posted its 2017 end of year financials, it was clear they had beat out Intel as the world’s biggest seller of chipsets. Samsung’s chipset division, which has been a major player in the industry, reportedly grossed total revenue of $69 billion in 2017, widely exceeding the $62.8 billion Intel reported for last year and ending Intel’s 25-year run as the world’s biggest seller of chipsets.

The change of position highlights Samsung’s focus on mobile, and in particular on memory chips which are an essential part of smartphones. Intel’s chips may be in 90 percent of the world’s computers, but it missed the mobile boom and is having to play catch-up to Samsung.

Looking ahead to 2018, Samsung said it intends to increase its chipset focus on cloud services, AI and automotive. On the smartphone front, where its name is best known among consumers, the company said it plans to adopt “cutting-edge technologies” like foldable displays. Samsung said also that it would continue to develop its smart services with a focus on its Bixby assistant and upcoming 5G technologies.