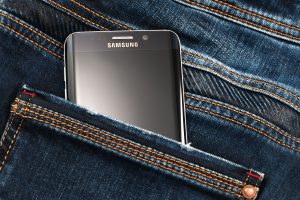 It’s about that time of year where we begin to hear new rumors and speculations of what we can expect to hit the smartphone industry by this time next year. And with the Galaxy Note 9 just weeks away from launching, experts are looking at what’s next for South Korean tech giant, Samsung. Rumors say that two distinct Galaxy flagships will be unveiled in the first half of the coming year, including three Galaxy S10 models and the highly anticipated foldable handset, the later of which will only be available in an undefined limited number in the first year. The success of the Galaxy S10 will be critical to the company, given that the company’s latest handset, the Galaxy S9, hasn’t been doing as well as expected.

Of course, there will be steep competition as tech competitor, Apple is also launching three new iPhone models sometime next month. And like Apple has done with the iPhone X, Samsung will be launching the Galaxy S10 as their 10-year anniversary model. That said, we can expect to see some impressive improvements and design changes to the Galaxy model. In fact, a recent report by online mobile and consumer electronics news reporter BGR, teases a Galaxy S10 feature that no other smartphone can compete with.

The Galaxy S10 will come in three sizes, the report notes, including 5.8-, 6.1-, and 6.4-inch. The smaller model will feature a rear-mounted fingerprint sensor like its predecessor — previous reports said the 5.8-inch phone would pack a fingerprint sensor on the side.

On top of the two Galaxy S10 versions to equip ultrasonic fingerprint sensors, Samsung will launch two other phones with similar features, including next year’s high-end Galaxy A model and the 2019 Galaxy Note.

Industry experts say they expect to see handset makers opting for fingerprint sensors embedded into the display throughout 2019, whether they’re optical or ultrasonic. However, the Galaxy S10 might be the first smartphone in the world to go for an ultrasonic version.

However, keep in mind that this is all speculation based on rumors. There is no guarantee that the Galaxy S10 will have an ultrasonic fingerprint sensor in the screen just because Samsung patented technology that would describe such features for future devices. Nonetheless, we can still expect to see big things with the upcoming 10-year anniversary model.