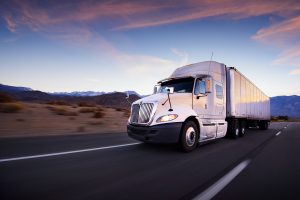 The recycling industry has yet to escape the fallout from a tight trucking market. In October 2017, the recycling industry was reported to see spikes in over-the-road shipping costs due to the amount of devastating natural disasters that occurred last year, a shortage of drivers, and backlash from the 2016 electronic logging device (ELD) mandate. Months later, the freight industry continues to suffer from these same issues.

One factor why rates will be increasing is due to the unexpected blast of severe and volatile weather that swept the nation as well as the wildfire outbreak in southern California. The trucking market was heavily impacted by these natural factors, and are left scrambling to make up for the losses. Just as you can imagine, once bad weather hits, the logistics sector can take a huge hit. Like a domino effect, delays caused by inclement weather lead to others, which can often be costly and cause various problems for supply chains.

Another factor is the 2016 electronic logging device (ELD) mandate, which electronically records driver’s Record of Duty Status (RODS), which replaces the paper logbook some drivers currently use to record their compliance with Hours of Service (HOS) requirements. The mandate intends to help create a safe work environment for drivers, and make it easier and faster to accurately track, manage, and share records of duty.

However, there has been some backlash since the December 2017 compliance date. Many supply chains have cited inconsistent enforcement, which has caused 16 groups to file for exemptions so far. Premier journal for electronics recycling and refurbishment experts, E-Scrap News, reports that 52 percent of supply chains say the mandate affects their trucking capacity, while 11 percent says the mandate’s impact has been “severe” to their freight operations. Due to this, many suppliers and individual drivers opt to remain noncompliant, which will strain the driver supply and may lead some to exit the market.

The shortage of drivers is by far the biggest factor to why the reverse logistics industry will see freight rates shoot up. For the past few years, there has been a massive decline in the amount of new drivers, which the trucking market heavily relies on. This is attributed to the negative stigma that comes along with the title of a truck driver. Forty years ago this stigma would not have existed however, with the push for younger generations to focus on education and obtain higher education, there is a lack of interest in an industry deemed “less than desirable” by the younger generations.

With 55 years being the average age of truck drivers, the supply chain industry simply does not have enough drivers to take over once the older truck driver generations retire. In fact, according to an industry analysis at the start of 2018, only one truck was available for every 12 loads needing to be shipped, which is the lowest the ratio has been since 2005. And with 70 percent of goods requiring trucks to be distributed, the industry will have a tough time filling the nearly 900,000 open positions to meet demand.

Experts say the availability of drivers will be a slow improvement and until the rate of drivers increases, the reverse logistics, including the recycling industry, can expect to see rising freight charges for at least the next two years.