Researchers Give an Old Style Battery a Modern Upgrade 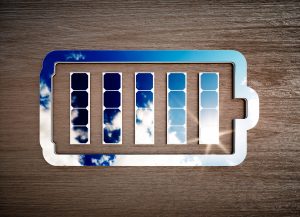 It is clearly evident that the use of wind and solar energy to generate power is spreading quickly, but certain aspects of the technology lag behind other components. One of the biggest challenges for scientists developing clean energy is the storage capacity for industrial-size batteries. Now, it seems that MIT researchers may have finally cracked the code by giving an old style of battery a new eco-friendly upgrade.

The MIT News Journal has reported that the very first battery design from 1968 has been reconfigured in order to reach the goal of developing clean energy. This 50 year old battery was originally made from liquid sodium and nickel chloride that were separated by a thin membrane of ceramic. However, the use of this battery style never took off due to the ceramic material it contained being too fragile for practical use. Furthermore, there just wasn’t much use for the battery other than some specialized industrial places, which were few and far between.

That’s where researchers Donald Sadoway, Huayi Yun and Brice Chung enter the scene. These three researchers believed that there was a way to take the basic components and design of this battery and modify it for practical and modern use. The team decided to remove the undesirable ceramic component and instead, replace it with a new type of metal mesh membrane. In theory, this design could be scaled up for use on wind and solar farms. The battery’s capacity to hold power is considerably stronger than anything else on the market now.

Sadoway, who has a long history with researching battery storage, has previously given a TED Talk lecture on the subject and has admitted that he has gone back much further than 1968 to find a compatible battery design for the project. In his lecture, he provides a brief rundown of the first battery, which was invented nearly 200 years ago by a professor named Alessandro Volta, who constructed it from a “stack of coins, zinc, and silver separated from each other with cardboard soaked in brine.”

Looking at Volta’s construction, Sadoway comments that it is mostly size and durability features that differ from battery to battery – as well as advanced materials. He comments to MIT News that he considers this new membrane mesh a “breakthrough” for clean energy. In the team’s tests, they discovered that not only was the mesh membrane separating the molten components, it was acting as an electrode, therefore helping to generate power for the battery.

And somehow, despite this leap in technological advancement, the mesh membrane is actually far, far cheaper than building and maintaining batteries with a ceramic component. Made from ordinary steel mesh that is coated with a titanium nitride solution, the membrane is made from very inexpensive materials and is still far more durable than it’s previous ceramic equipped design.

But like all other things, this new type of battery is not perfect. The batteries can be quite large and very heavy to handle. They likely won’t be put into a cell phone, car, or any mobile device anytime soon, but for a fixed location on an industrial scale, they may be the perfect fit. There are a lot of clean energy enterprises who are looking for a model exactly to these specifications.