Research Focuses on the Importance of Metals Recycling 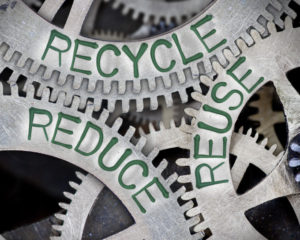 Recycling is a crucial step in the development of a circular economy, especially when it comes to metals. Millions of electronics are made every year, which results in more electronic waste. We generate about 40 million tons of e-waste per year, which comprises about 70 percent of overall toxic waste. Of that, only 12.5 percent of e-waste is recycled, and 85 percent is sent to landfills or incinerators. Electronics have been high in demand for years, but as the amount of metal mined to manufacture new devices increases, some are concerned that the mineral will run out altogether.

The idea of green metal has spread across the world, with many tech companies taking interest in making their products from sustainable materials such as recycled plastics and metals. However, several factors have raised concerns about the amount of feedstock available. The 2022 Mining and Metals survey from White and Case law firm reported that “despite the narrative of moving toward a circular economy, increasing industrialization and rising standards of living mean that it is not expected that there will be sufficient scrap feedstock alone to satisfy all of the global demand for metals.” The report also points out that energy to power scrap smelting often comes from coal or natural gas, and that even though it may use energy, it still requires significant amounts.

The Royal Society of Chemistry is running an outreach campaign in the U.K. to gather global information about the risk of certain critical minerals used in electronics running out during this century. The campaign includes a survey on electronics recycling broken down by global opinions by country and profiles of high-risk elements. Based on surveys from 10,000 people in 10 countries, the survey revealed that a global average of 56.6 percent of people reported that they think manufacturers should be responsible for recycling. Another 60 percent reported that they would be likely to switch to a rival of their preferred technology brand if the rival’s product was made with sustainable materials.

Royal Society of Chemistry president, Tom Welton expressed an emphasis on the importance of IT asset management stating, “Before you dispose of or replace it, ask yourself if it really needs replacing. Could it be repaired or updated? If it can’t be sold or donated, could it be recycled?” He also stated that, “It is essential that governments and business urgently do more to develop a circular economy which can tackle the world’s growing e-waste crisis and alleviate the strain on supply chains.”

IT asset disposition facilities like HOBI practice proper IT disposition via device recycling, and help bring the world closer to a circular economy. From data erasure and security, to reverse logistics HOBI is dedicated to helping consumers retire their devices in an environmentally friendly manner.