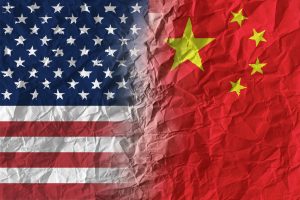 The U.S. and Chinese governments have doubled down in an escalating trade dispute, with the U.S. threatening to impose tariffs on up to $153 billion of imports for China. The situation then escalated with the U.S. released a list of 1,300 products it proposed hitting with tariffs beginning July 6, which totals about $50 billion in trade. In response, China released its own list of 106 U.S. products to target in July.

The U.S. is targeting China for unfair trade practices and the trade deficit. The U.S says China treats American companies unfairly by restricting access to its markets and stealing proprietary technology. The U.S. buys $506 billion worth of goods from China but only exports $130 billion, leaving a trade deficit of $375 billion between the two countries.

The revised U.S. tariff proposal contains 818 products to be hit with 25 percent tariffs, down from more than 1,300 that were proposed in April. The changes came after a variety of stakeholders submitted comments to the U.S. Trade Representative’s office in recent weeks.

The U.S. companies most at risk include Boeing, which last year sold one-fourth of its commercial airplanes to China, and several car makers. Also at risk are foreign firms that produce in the U.S. Germany-based BMW sends 89,000 vehicles annually from the U.S. to China, the Associated Press reported, while Daimler AG’s Mercedes-Benz ships 65,000. China’s tariffs, if enacted, would double the current levy on U.S. cars, to 50 percent.

In comments submitted to the U.S. Trade Representative in May, ISRI noted that recycling companies typically experience high equipment turnover, and that “the vast majority of these parts – up to 85 percent for crushing and grinding parts, for example – are supplied from China.”

Jobs of Tomorrow
December 29, 2022
Advantages of Partnering with a Women-Owned Business
November 7, 2022