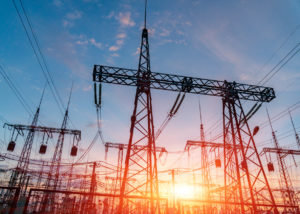 Among the many problems resulting from the COVID-19 pandemic, China’s power grid is high on the list of global issues. Factories have been forced to shut down due to skyrocketing energy prices and high demand. Now that more countries are reopening after the COVID lockdowns, demand for China’s export factories has increased, leading the country into a power grid crisis just before the busy holiday season. Power outages have been reported across the country, along with several blackouts, causing factories to slow or shut down completely, not only slowing the country’s economy further, but potentially disrupting global supply chains as well. Though the shortage has become a country-wide issue, the bulk of the affected area has been eastern China, where the majority of the population lives and works.

This electricity shortage has caused the price of coal to rise significantly, however, utility power plants are slow to extend operation hours due to Chinese regulators not raising the utility rates to cover the rising coal prices. A shoe factory in Dongguan with 300 employees rented a generator at $10,000 a month so the factory could stay open, doubling the cost of electricity for the factory. Jack Tang, the factory’s general manager, expressed concern stating, “This year is the worst year since we opened the factory nearly 20 years ago.”

The power grid issues won’t only affect China, but are predicted to also affect the West during the upcoming holiday season. Production interruptions in Chinese factories may make restocking more difficult for stores in the West, which could contribute to inflation in the near future. The power shortages have also begun to worsen existing supply chain issues, contributing to the shortages created by the sudden reopening of the economy. Growing demand for smartphones and other electronics has driven a rise in demand for electricity in China’s factories, resulting in nearly double the demand of last year.

Chinese experts predict that by steering electricity away from industries in high demand for energy like steel, cement and aluminum, the electricity problem might be amended but no official solution has been announced as of yet.

The Benefits of Digital Transformation and How It Can Help Your Enterprise
September 23, 2021