Polling the Public on Data Security and Device Repair 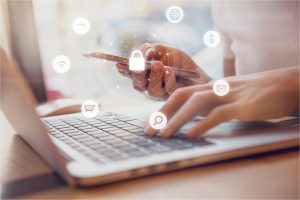 A survey, commissioned by a new group called the Security Innovation Center (SIC), looked at the public’s concerns about data security and privacy around used internet-connected devices. While another study, from the U.S. Public Interest Research Group (U.S. PIRG), investigated how Apple’s phone-throttling controversy has stimulated battery-replacement business for independent repair shops across the country.

With results provided by E-Scrap News, the first survey from SIC offers insights into consumers’ data-safety attitudes as they relate to device repair. According to an official SIC press release, the online survey was conducted by Zogby Analytics and polled 1,015 U.S. adults in late January 2018. The survey found that nearly 70 percent of respondents said they felt most comfortable having a manufacturer or authorized repair shop fix their internet-connected device. Less than three percent said they’d be more comfortable with an outlet classified as “other repair shop” fixing it. And nearly 22 percent said they’d be most comfortable either fixing it themselves or having a handy tech-savvy friend whom they are familiar with do the work.

The survey also touched on the “right to repair” movement, which seeks to require OEMs to make available the information, tools and parts necessary for individuals and independent shops to fix electronics. It asked whether a manufacturer’s proprietary source code, design and repair documents, and diagnostic software should be required by law to be publicly available: More than 45 percent said “yes,” 21 percent said “no,” and more than 33 percent weren’t sure.

The second survey, conducted by the U.S. Public Interest Research Group (PIRG) concerns the notable increase in battery replacement requests that repair shops are seeing since news broke in December that Apple has intentionally slowed the performance of phones with older batteries.

Also being dubbed “Batterygate” and “Throttlegate” by tech news sites, the controversy centers on Apple’s decision to release a software update that slows iPhone performance. The company claims to have used this software to prevent shutdowns when the older device’s energy suddenly exceed supply. However, following backlash from the reveal, the company has agreed to replace the batteries in older devices at a discounted cost, but faced with a surge of requests, long wait times were being reported.

A U.S. PIRG survey suggests the situation has driven many consumers to opt for independent repair shops or attempt to replace their older iPhone batteries themselves. U.S. PIRG worked with nonprofit groups Repair.org and iFixit to gather survey responses from 164 U.S. repair shops. The shops reported battery replacement requests went from an average of 1,242 per week in October and November to 1,706 after Dec. 20, when the news broke, a 37 percent increase. Web traffic to iFixit’s instructions for replacing iPhone batteries also increased 153 percent after Dec. 20. In the survey results report, U.S. PIRG argues in favor of right to repair bills in legislatures across the country.

That said, If you’re looking to save money on electronics, it is still a smart move to look into a device that has been used – or at least opened – in exchange for a significant discount. While many feel that used devices may not be as secure as brand-new devices, refurbished electronics actually get a once-over from technicians, which often doesn’t happen with most new products, so refurbished electronics might just be much more reliable than brand-new. Many manufacturers and retailers offer refurbished laptops, smartphones and other electronics that have been returned, then repaired until they’re practically new, and finally put back on sale for much less than the regular list price. Refurbs are also very environmentally friendly – it’s far less wasteful to repair and repackage an existing product than to manufacture a new one.

As a leading ITAD service provider with R2, RIOS, and ISO 14001 certifications, HOBI International, Inc. provides Mobility Managed Services as well as Data Security and Erasure Services and Enterprise Asset Services. Visit our webpages to find out how we can best serve your diverse IT asset needs!