Organizations see AI as both friend and foe to cybersecurity 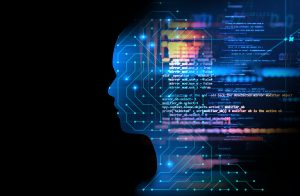 Nearly as many cybersecurity professionals are concerned about the security risks of artificial intelligence (AI) as are convinced that the technology will strengthen their cyber defenses. That’s one of the findings of a new report from real-time information specialist, Neustar.

According to the Neustar International Security Council (NISC), a group of cybersecurity leaders across industries in the U.S. and EMEA, 87 percent of security professionals recognize AI’s potential to enhance cybersecurity and bolster their company’s defenses.

The findings echo recent research from a well known organization, professional services giant Deloitte. In Deloitte’s survey of 1,100 business leaders with early-stage AI projects, nearly one-third (32 percent) said they have experienced an AI-related data breach in the last two years. As many as 20 percent of respondents said that they had shelved their AI plans as a result, while twice as many expressed concerns about the legal and regulatory risks of the technology.

“Artificial intelligence has been a major topic of discussion in recent times – with good reason,” said Rodney Joffe, head of NISC and a Neustar senior VP and fellow. “There is immense opportunity available, but as we’ve seen today with this data, we’re at a crossroads.

“Organizations know the benefits, but they are also aware that today’s attackers have unique capabilities to cause destruction with that same technology. As a result, they’ve come to a point where they’re unsure if AI is a friend or foe.”