Ancient, brick-like Nokia phone may save your life

You can now add “save your life” to the numerous reasons to miss your old Nokia brick phone.

When 70 year old Liu Quanming first acquired his Nokia 3310, aka the “brick phone,” he had no way of knowing a decade later it would save his life.

On a hiking trip in Taiwan, Quanming slipped and fell into a ravine where he was stuck for five days after being separated from his group. While his decade-old Nokia phone tumbled in a different direction, it survived and was still able to receive calls, which ultimately helped police locate him. Astonishingly enough, Quanming’s phone battery lasted until police triangulated his location from the phone’s signal.  After his rescue, doctors at Taichung Metro Harbor Hospital declined to comment on his condition, but police said he had suffered superficial scratches.

How many smartphones would last five days one a single battery charge? Or even survive a tumble down a mountain?!

This incredible story is enough to make you dig out your 10-year-old brick of a cellphone.

Let’s take a look back at all the old Nokia phone had to offer:

Snake – the most stressful game ever.

How…? Now, we live in a world of perpetually broken smartphone & tablet screens.

Not to mention the battery life is truly a mystery to all. Get it together, smartphones. 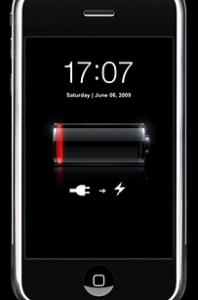