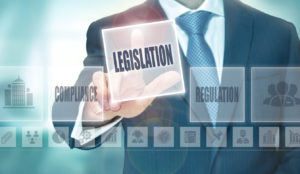 EPR bills are sweeping across the U.S. with several states in the process of approval. After a similar program was cut from the budget proposed by Gov. Kathy Hochul, a New York extended producer responsibility (EPR) bill, A10185, was introduced by Assemblyman Steve Englebright on May 5. The bill aims to reduce packaging waste by introducing fees depending on how much packaging material is used, and hold companies responsible for packaging waste disposal. If passed, A10185 would provide convenient, widespread access to recycling at a municipal waste level.

Englebright explained in a press release that, “The problem of over-packaging has only gotten worse. There are more plastic packaging and more toxic packaging on the market than ever before.” In addition to the EPR bill, Englebright also introduced A10184, a “Bigger Better Bottle Bill” which would expand the state’s container deposit law to include non-carbonated beverages, wine and liquor, as well as increase the deposit from 5 cents to 10 cents. The bill would also require the completion of a needs assessment within 6 months of the effective date, anda public education program.

A10184 would mandate a reduction in the use of non-reusable packaging in increasing increments over time, further recycling requirements, and bans on certain packaging materials in order to get companies to reduce packaging waste. Englebright is positive in beliefs that the bill will pass. Another EPR bill was introduced by NY state Sen. Todd Kaminsky in January 2021. S1185 would also establish an EPR program, though widely differing from A10185. Similar bills have been introduced in other states, and continue to gain ground.

In Colorado HB22-1355 passed the state House on May 2, and mandates that companies selling consumer-facing packaging and printed paper join a producer responsibility organization (PRO), with some minor exceptions. Though the bill has much support from government leaders and packaging producers, several organizations in the recycling industry have opposed it.

The island-specific Hawaii EPR bill HB 2399, which requires producers to register and pay an annual fee depending on the amount of packaging used, passed the Senate on April 12, but remains in conference while differences are settled on the two versions of the bill proposed by the House and Senate. HB 2399 has a sunset date of June 30, 2028.