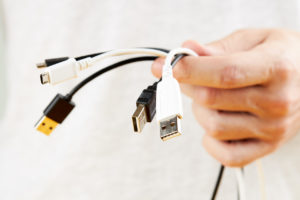 Since the first cell phone charger was designed, the age old problem of too many chargers has been a common issue. Each household contains a plethora of electronic devices, and therefore an abundance of chargers, but the number one problem seems to be mismatched chargers. Imagine leaving the house to visit a friend only to discover that you’ve left your phone charger at home. No problem, you can use your friend’s, except your friend doesn’t have the same phone, so their charger does not support your device. European Union lawmakers have proposed a new policy that may simplify this 21st century problem.

Last week EU lawmakers proposed a mandate for a universal charger for all mobile phones and other devices in order to reduce the amount of electronic waste they produce. According to the European Parliament, unused and discarded chargers add up to about 11,000 metric tons of e-waste in Europe annually. By eliminating the need for different kinds of chargers, they are hoping to reduce the pile of e-waste that chargers create, and ultimately save consumers up to 250 euros a year on chargers.

Although setting an example for the rest of the tech giants around the world is a step in the right direction, some in the industry have pointed out that it will do little for the bigger issues at hand. Head of the United Nations Institute for Training and Research office in Bonn, Germany, and manager of the Sustainable Cycles Programme (SCYCLE), Ruediger Kuehr stated, “It’s an important step, but it’s definitely not solving the e-waste problem.” According to the 2020 Global E-Waste Monitor, globally, 54,000 metric tons of chargers are wasted each year, which is only about 0.1 percent of the total 53.6 million metric tons of e-waste generated annually.

The EU has tried to persuade others to adopt the mandate as well, but has only received push back from companies like Apple who stated in September that, “We remain concerned that strict regulation mandating just one type of connector stifles innovation rather than encouraging it, which in turn will harm consumers in Europe and around the world.” Whether or not the U.S. will adopt this mandate in the near future has yet to be determined.

The new mandate will include chargers for tablets, e-readers, headphones, digital cameras, handheld video game consoles, and portable speakers, and is expected to be approved by the European Council and European Parliament later this year. If approved, the mandate will go into effect in 2024.

Data Center Decommissioning Doesn’t Have to be a Headache
December 7, 2022