New smartphone shows that hardware innovation is slowing down 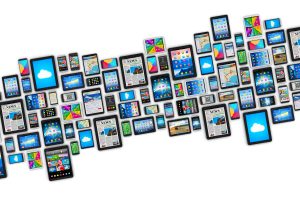 While smartphones are becoming more innovative on the inside, major design changes to hardware seem to be slowing down. Besides bezel-free displays and thinner handsets, smartphone manufacturers have yet to ‘wow’ consumers with hardware innovation in quite some time.

In fact, Samsung’s new smartphone illustrates the limits of innovation at a time when hardware advances have slowed. The company’s latest phone, the Galaxy Note 9, will be faster and will last longer without a recharge, but while the handset falls short of introducing truly earth-shattering new features, it will carry a wallet-busting price of $1,000.

The minor improvements reflect a smartphone industry that has largely pushed the limits on hardware. Major changes tend to come every few years rather than annually, and this isn’t the year for anything revolutionary in the Note 9.

The new phone will get some automatic photo editing and a stylus that can serve as a remote control. But the highlights will be a bigger battery, a faster processor and improved cellular speeds.

“You don’t see massive breakthroughs anymore from a hardware perspective,” said Carolina Milanesi, an analyst with Creative Strategies. “Everything is a little bit better, but nothing’s revolutionary.”

Although Samsung’s Note phones are large, niche products intended for power users, they offer a preview of what’s to come in the mass-market Galaxy S line. A dual-lens camera, with better zooming, came to the Note 8 months before the S9 Plus got it, for instance. The Note also got curved edges before that became standard on Samsung’s flagship phones.

The new phones will come out Aug. 24. Borrowing a page from the iPhone’s playbook, the Note 9 will have the same U.S. price regardless of carrier. The starting price of $1,000 is an increase from the Note 8, but on par with Apple’s top-of-the-line iPhone X. The Note 9 will get double the storage, at 128 gigabytes, compared with typical high-end phones, including the iPhone X. Samsung will also sell a 512-gigabyte version for power users for $1,250.

Even though the improvements from last year aren’t huge, Technalysis Research analyst Bob O’Donnell said they will come across as major for those who haven’t upgraded for a few years.

Thursday’s announcement in New York comes about a month before Apple is expected to unveil new iPhones. There’s been speculation — unconfirmed by Apple — that all new iPhones will ditch the home button and fingerprint sensor and rely entirely on facial-recognition technology found in the iPhone X. The Note 9 will still have a fingerprint sensor on the back of the phone. In a jab at Apple, Samsung executives also frequently emphasize that their phones have standard headphone jacks, which newer iPhones no longer do.

However, it is worth noting that with talks of manufacturers racing to produce the first foldable handset – which will feature a flexible display – there is still some hope that consumers will see major design changes in mobile hardware within the next year or so. Samsung is rumored to be coming out with a foldable phone some time next year. This phone will reportedly feature a 7-inch display that can bend in half to transform it into a wallet shape. The outside of the device would still have some sort of display. Because of its two displays, the company would have to build in a larger battery. That said, Samsung’s rumored foldable phone might not be any more ideal for multitasking or gaming, but it would at least look cool and be super unique.