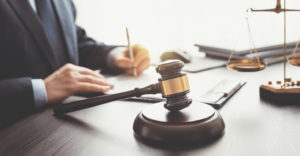 Legislation in New Jersey mandating recycled plastic be used in rigid containers, carry out bags, and trash bags received final votes in both state Assembly (48-26) and Senate (22-15) on Jan. 10, and will be sent to governor Phil Murphy. Originally passed in June 2021 by the Senate, S 2515 was amended by the  Assembly before being voted on a second time by the Senate. The bill includes a number of key exemptions like food packages, milk and plant-based packages, medical food, food for special dietary use, and infant formula. S 2125 also bans polystyrene loose fill packaging, and requires the state to consult with the Association of New Jersey Recyclers and the New Jersey Clean Communities Program to launch a statewide recycling education program.

The following are now required in the state of New Jersey concerning plastic usage:

Power to adjust targets after the consideration of various factors will reside with the state’s Department of Environmental Protection (DEP).

Several other states, including California and Washington state, have made similar actions in order to force demand pull for recycled resin, but the question is how will the new mandate affect businesses? The bill was first introduced in 2020, and has since seen many revisions and both positive and negative attention. While supported by many such as the Institute of Scrap Recycling Industries (ISRI) who see it as “a sustainable program with quantifiable metrics and realistic goals”, others are concerned that the bill creates a burden for their businesses and sets high goals that may be too much compared to market supply. Either way, advocates across the board, both in favor of and against the bill, agree that this will be a significant turn for New Jersey’s recycling system.