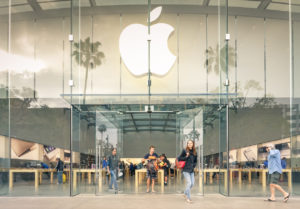 At the rate new smartphones are being released it can be difficult to keep up with the latest technology, but what’s becoming even more difficult is the effort it takes to repair a smartphone, especially iPhones. The Right to Repair movement has been very vocal about efforts to get tech giants to provide certain information that would allow third-party repairs, a movement Apple has consistently lobbied against.

In the past Apple has received backlash over other designs that have deterred users from seeking third-party repairs for their devices, for example in 2018 the tech giant implemented a design that would interfere with the touch ID program if the device was repaired by anyone besides Apple. The issue was resolved, but many customers are viewing the newest design issue as a punishment for not complying with Apple’s strict repair policies. Similar to its predecessors, the iPhone 13 includes a beautiful OLED display, but recently third-party repair shops have discovered that replacing the iPhone 13 screen results in a Face ID malfunction. This issue is caused by the latest iPhone’s screen design, which prevents Face ID from working when the screen is replaced by non-OEM materials. Complex interior designs have made it near impossible to repair the screen without a malfunction of some sort, which has raised some concerns among Apple customers as they wonder whether the company has possibly gone too far.

Of course, there are two sides to every story. Apple maintains that it’s restrictive repair policy is to prevent potential data security risks, and many loyal customers stand by the policy. We get it. If you pay a quality price for a quality product, it only makes sense that some would want quality repair. However, others don’t care so much about Face ID and simply want the option to seek repair elsewhere without the consequences of device or software malfunctions. Those who wish to save money on costly repairs, or possible device replacements, feel the new design is a violation of their consumer repair rights. Regardless, the Right to Repair Movement can now add the new iPhone 13 screen to its arsenal in the battle to preserve consumer repair rights.

Tips for Keeping Your Electronics Cool this Summer
April 13, 2022