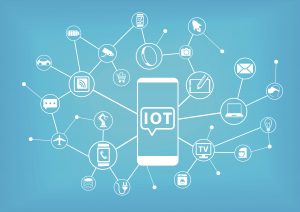 For the past few years, all the major plays in the tech industry (Apple, Google and Samsung to name a few) have been working hard to create their own standard to control all the connected devices around your home. Now, Mozilla, a non-profit organization that promotes exclusively free software and open standards, has announced that anybody can now create an open gateway to take control of the Internet of Things (IoT). The move is part of the organization’s “Project Things,” which aims to build a decentralized IoT that focuses on security, privacy, and interoperability.

Mozilla is a big proponent of the open web. So it seems natural that the non-profit organization plans to begin their project by focusing on connected devices. The organization claims that yes, connected devices really are great! Until they’re not. When users with connected devices realize that their convenient connected thermostats only work with the Amazon Echo or their innovated connected light bulbs are only useful when you have Siri enabled and the Home app, these ‘amazingly convenient’ devices suddenly become a nuisance. Most accessory makers don’t necessarily want a handful of powerful tech companies to control the IoT, as these companies could end up charging expensive licensing fees to work with their ecosystem. Which, is why the organization is currently in the works to create a set of frameworks and open standards that ensures consumers don’t end up with an IoT controlled by big tech companies.

Mozilla aims to create an open standard with the W3C around the Web of Things. The idea is that accessory makers and service providers should use the same standard to make devices talk to each other. The specifications rely on JSON, and a REST and WebSockets API. Those are standard data and API models on the web, and they should work perfectly fine for connected devices. The organization is also working on a Web of Things Gateway for users to replace their Amazon Echo, Philips Hue hub, Apple TV and Google Home with an open device. Feb. 6, Mozilla made it easy for anyone with a Raspberry Pi 3, ZigBee and Z-Wave USB dongles to be able to build their own Things Gateway.

Eventually, manufacturers could even leverage this work to create their own gateways. Developers could also create bridges between the HomeKit API or Amazon’s Smart Home Skill API so that all devices work with your Amazon Echo, Google Home, or iPhone without too much effort. In fact, the Web of Things could become the common language between those proprietary APIs.

Needless to say, Mozilla is attacking the issue of close-sourced IoT from all angles. If you wish to get started and join in on Mozilla’s project, visit Mozilla’s HACKS webpage to find out how you can build your own private smart home with a Raspberry Pi and Mozilla’s Things Gateway.