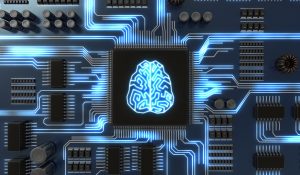 MIT researchers have developed a chip designed to speed up the hard work of running neural networks, while also reducing the power consumed to run the neural network by nearly 95 percent. The basic concept involves simplifying the chip design so that shuttling of data between different processors on the same chip is taken out of the equation. This chip could be used in several different methods for the purpose of providing a secure network so that these connected gadgets are able to do what they need to do with nearly half the amount of power required.

One of the big advantages of this new method, developed by a team led by MIT graduate student, Avishek Biswas, is that it could potentially be used to run neural networks on smartphones, household devices and other portable gadgets, rather than requiring servers drawing constant power from the grid. Neural networks, which are also called artificial neural networks, are a variety of deep learning technologies that generally focus on solving complex signal processing or pattern recognition problems modeled on the human brain and nervous system.

Now, MIT researchers have developed a special-purpose chip that increases the speed of neural-network computations by three to seven times over its predecessors, while reducing power consumption 94 to 95 percent. Which could make it more than practical to run neural networks locally on smartphones or even to embed them in household appliances.

A neural net is an abstraction: The “nodes” are just weights stored in a computer’s memory. Calculating a dot product usually involves fetching a weight from memory, fetching the associated data item, multiplying the two, storing the result somewhere, and then repeating the operation for every input to a node. Given that a neural net will have thousands or even millions of nodes, that’s a lot of data to move around. But that sequence of operations is just a digital approximation of what happens in the brain, where signals traveling along multiple neurons meet at a “synapse,” or a gap between bundles of neurons. The neurons’ firing rates and the electrochemical signals that cross the synapse correspond to the data values and weights. The MIT researchers’ new chip improves efficiency by replicating the brain more faithfully.

Why is that important? Because it means that phones of the future using this chip could do things like advanced speech and face recognition using neural nets and deep learning locally, rather than requiring more crude, rule-based algorithms, or routing information to the cloud and back to interpret results. This method of ‘computing at the edge,’ or at the site where sensors actually gather data, is increasingly something companies are pursuing and implementing, so this new chip design method could have a big impact on that growing opportunity should it become commercialized.

How to scale cybersecurity in the age of IoT
June 5, 2019
Leave Comment