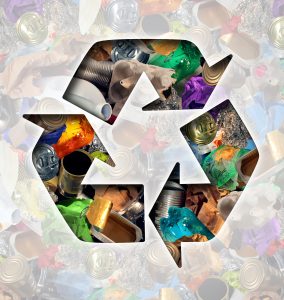 Today’s cultural climate insists that we should have a circular economy where everything is recycled. That’s why we see so many campaigns urging us to reduce, reuse, and recycle. However, there are some that believe that this is an error in thinking. Some, like Tim Worstall, a Senior Fellow at Adam Smith Institute, believe that while some things without a doubt should be recycled and others reused, the system needs to have some leakage slip through the cracks — where virgin materials are used just once and then dumped. In an article published by Computer Weekly, Worstall pens why he believes that moving to such a system will be able to solve our current, and very troubling, waste issues.

As Worstall points out, the most obvious of our current problems is that there is no longer anywhere to send the waste any more. Now that China has decided to no longer be the bearer of our waste stream, other countries are left with the burden of importing such waste. Or at least we thought they would be, but Thailand has followed China’s footprints in putting a stop to the out-of-control e-waste stream. Meanwhile, the waste is backing up in other places like Singapore and Hong Kong, but with limited port capacity as well as land availability in this places, we’re quickly running out of places for the waste to go.

What can we do when we have too much e-waste and too little space? How can we correct this issue? Worstall believes that the only way to begin to find a solution is to drop the recycling mania driven by the misconception that we’re running out of resources. In fact, Worstall has written a book to refute this popular belief, citing that “there’s no mineral that we’re going to run out of in anything usefully human in timescale, not even helium.”

Therefore Worstall believes recycling just for the sake of recycling is a completely unnecessary action as “we’ve no shortage of the base materials, nor of holes in the ground to dispose of things.” But he does admit that where there is money, such as extracting gold in chips and on connectors and copper in motherboards, recycling should be conducted as seen fit. Because recycling is such a costly operation, Worstall believes our efforts are better placed elsewhere.

That said, to address the question at hand: Is trying to perfect recycling actually just making the waste issue worse? Well the situation is too complex to have a simple ‘yes’ or ‘no’ answer. While Worstall argues that recycling is too expensive for the associated benefits, his recommendation of allowing leakage from the waste stream can be a dangerous operation. As we all know, waste that isn’t exported to other countries ends up in incinerator or landfills — both of which have detrimental effects on the environment. And yet, exporting the waste to other countries has not proven to be a very efficient solution.

Laying out the various avenues of e-waste management, makes it seem like a lose lose situation. Perhaps it is just a matter of choosing the lesser evil? Nonetheless, the only way we’re going to find an adequate solution to the ever growing waste stream, is to begin to address the issues and generate conversation.