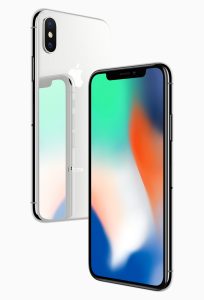 Apple’s highly anticipated iPhone X will be available for pre-order later this week on Friday, Oct. 27, with shipping set to begin Nov. 3. Following the trend of all other iPhone pre-order releases, many are expecting hundreds of thousands, if not more, to attempt to access Apple’s website in the hopes of successfully pre-ordering the iPhone X.

Often dubbed “iPhone 10,” in reference to the 10th anniversary of the iconic Apple phone, iPhone X shipments are expected to total 1.9 billion units in 2018, which will boost the worldwide device shipments by 2 percent from 2017. Gartner researchers also project a six percent boost in smartphone growth. This will be the highest year-over-year smartphone growth since 2015.

Due to the late November availability, researchers are expecting iPhone X’s replacement cycle to flow more strongly during 2018. Meaning, that though the iPhone X will be released in 2017, it will simply be too hard to get. Therefore, it is expected that an increase in the 2018 smartphone market will occur in key regions, including China, North America, and Western Europe.

However, with the impressive bezel-less Super Retina display, AI advancements, and the stainless-steel body of the iPhone X, it is rumored that Apple will face production shortages. Being the most expensive iPhone that Apple has ever made, demand for the phone is projected to be much higher than Apple’s supply chain can withstand, at least in the beginning stages of the phone’s release.

Meanwhile, Apple’s iPhone 8 and 8 Plus, which were released on Sept. 22, have been selling poorly. In fact, some markets have noticed the iPhone 8 continues to be outsold by its predecessor the iPhone 7. During the first weekend of sales, the iPhone 8 devices combined for an estimated 0.7 percent market share of all iPhone models, the lowest since the iPhone 5s release in 2013. The underwhelming consumer demand for the iPhone 8 devices has sent Apple’s shares down nearly 3 percent. It is speculated that the cause of this may be due to many consumers either holding out for the release of the iPhone X or taking advantage of the price drop of the iPhone 7 and 7 Plus.

Needless to say, despite the difficulty some consumers will face to get their hands — or even their names — on the pre-order waiting list for the iPhone X, Apple will be launching a game-changing device just as they did 10 short years ago with the first-generation iPhone.