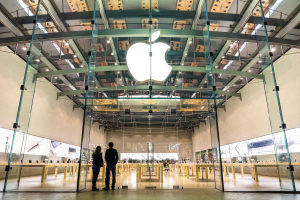 iPad shipments have finally increased after a three-year decline. A reported 11.5 million iPads were shipped during last quarter, a 2.5 million increase from the 9 million devices shipped during the same quarter last year.

Pricing changes and overall device improvements are two contributing factors for the sudden increase in iPad sales. Apple decreased the cost of its most basic iPad from $400 to $329, and has promoted deals for educators and students.

Apple also updated many iPad features,such as  more powerful chips for more efficient operation, an improved camera and iPad-exclusive iOS 11 perks, including a new files system. The iPad’s new efficiency and size are making the device an attractive alternative to a laptop.

Overall tablet sales have been decreasing, but the iPad’s newfound success may turn the market around. As manufacturers update their tablet technologies, users may choose to upgrade their tablets or switch to a tablet as a primary computing device.