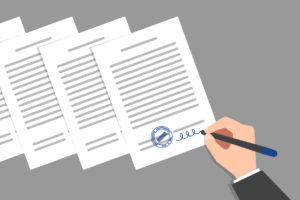 In recent years there has been an increasing push for new and updated bottle bills at state and federal levels. Since the Iowa bottle bill went into effect in 1979, redemption centers have not seen a pay increase for bottle handling fees, but state lawmakers recently approved legislation that may end the 40–year record.

Senate File 2378 was approved and passed on to Iowa Gov. Kim Reynolds, where it awaits her signature. The current deposit law allows the return of all carbonated and alcoholic beverage containers in exchange for a five cent deposit, and a one cent handling fee for retailers. Senate File 2378 would allow grocery stores and retailers to opt out of the collection program altogether, which would reduce redemption access, but would triple the bottles handling fee.

The Iowa Recycling Association (IRA) has previously made three suggestions to fix the state’s deposit system including increasing the handling fee, which the new bill would also accomplish. IRA President Elizabeth MacKenzie voiced her support for the raised fee, “We’ve been working to get the handling fee increased for a number of years. It hasn’t been increased since the bottle bill was initially passed. Going from one three to three cents was a big deal and very important to us.” However, MacKenzie has also voiced concern over the choice for grocery stores and retailers to opt out, a point which the grocery industry has lobbied for, and stated that right now, about 2,000 establishments in the state take back cans and bottles, including retailers. If every eligible retailer opted out, 60 would be left, a “pretty dramatic drop” that would hurt redemption levels.